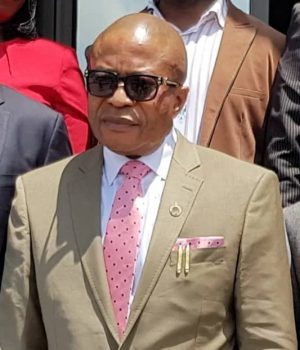 P.M.EXPRESS gathered that the Governor considered CP Okoro for the plum job after studying his profile and records of his service in the Nigeria Police Force.

CP Okoro is expected to assist Uzodinma is fine-tuning policies and programmes that would help in strengthening security in the tourists’ state. He will also bring his long years of experience in intelligence to bear and help the Governor check violent crimes, kidnapping and other crimes peculiar to oil producing state like Imo.

Okoro was a super cop of many iconic breakthroughs. He was one of the most decorated Police men during his time in the system. Sierra Leonian Rebel Leader of the Revolutionary United Front (RUF) Foday Sankoh’s arrest at Lagos airport was Okoro’s first shot to limelight. He received commendation from the then Head of State, General Sani Abacha, for his tact and patriotism.

Okoro became a celebrity in Nigeria, where he won many awards and also received a medal for his courage and intelligence from former President, Dr. Goodluck Jonathan, after he arrested Lagos-based Internet fraudsters who killed Cynthia Osokogu, a postgraduate student of Nasarawa State University and daughter of a retired General, Frank Osokogu. Okoro was also commended for rejecting N15million offered to release the killers on bail. He again successfully prosecuted the killers and got death sentences for them.

Before then, he had received the IGP Ibrahim Coomasie Award for Brilliant Investigation and Courage; award from the Chairman, National Drug Law Enforcement Agency (NDLEA), the late Gen. Musa Bamaiyi for dedication and tact, when he recovered hard drugs worth several millions of naira at the airport. He won the Best Area Commander in Nigeria award in 2013 at a ceremony in Ghana, and he was acclaimed as the Best Forensic Investigator in West Africa at an event organized by Security Watch Africa, in South Africa, among other recognitions.

The lover-boy, who stole her ATM card and Range Rover Sports Utility Vehicle (SUV), fled to Ghana and Ivory Coast but he was pursued across the border by Okoro with support from INTERPOL and the killer was nabbed as he was attempting to flee from the West African country, where he had had a Thanksgiving at a church on his arrival.

While in FESTAC Town, Okoro also recovered N30million from armed robbers and handed it over to the owner, a trader from Onitsha.

He also smashed a gang of kidnappers terrorizing Lagos from Ghana and Cote d’Ivoire and arrested killers of a Customs Comptroller, Ody Nweze.

Okoro was the first officer to confront the notorious kidnapper, Chukwudumeme Onwuamadike a.k.a Evans, on the day the gang attempted to kidnap the owner of Young Shall Grow Motors in FESTAC Town. Two Police officers were killed in the encounter, and the businessman was seriously injured with a shot close to his heart.

Okoro and his team killed two members of Evans gang and recovered two AK 47 rifles, over 400 rounds of ammunition, and 12 loaded magazines.

Okoro, a graduate of University of Lagos, Ladoke Akintola University, Ogbomoso, and Imo State University, Owerri, bagged a degree in Law (LLB), a Masters degree in Business Administration (MBA) and a Bachelor of Science degree in Public Administration.
He had also received training at the Egyptian Police Academy and at the Israeli Intelligence Agency, Mossad. He is one of the few Police off 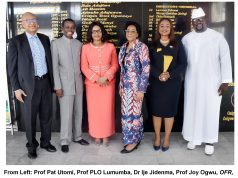