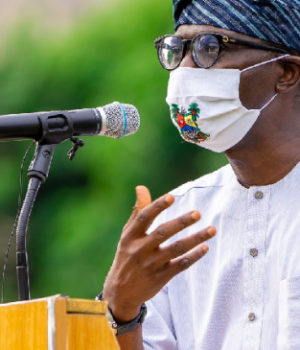 Speaking a televized press conference yesterday, the Governor banned vehicles carrying foods from entering or leaving Lagos if there are more than seven passengers.

In a series of tweets by Gboyega Akosile, his Chief Press Secretary, Gov. Sanwo – Olu ordered that schools would remain closed.
“Commercial motorcycle operation (okada) is also suspended across the State during the period of lockdown while tricycles (keke Napep) is limited to two passengers only.

“All entertainment centers including gyms, spa, recreational facilities inside private estates are to remain closed for two weeks post lockdown in Lagos.
Eateries and restaurants according to the Governor, would only operate between the hours of 9am to 3pm daily. No customer would be allowed to eat in the place but would allowed to buy the food on take-away basis.
Gov. Sanwo – Olu warned that all commuters must wear masks and gloves. Hand washing is also compulsory for every resident in the State, therefore the equipment and thermometers must be provided for users. Buses are to load at 60% capacity, no more standing.

As for death and burial, the State Governor declared that only 20 people are allowed to attend any funeral in the State. The officiating ministers or Imams are included in the number, and no party either before the burial would be allowed. 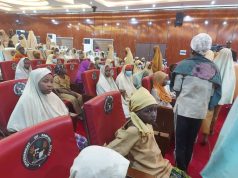 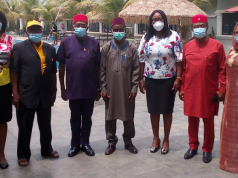 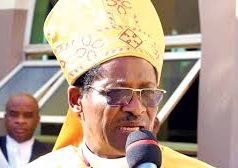 ANAMBRA LEADS IN EMPLOYMENT, DID NOT RECEIVE ANY BOND FROM DMO – COMMISSIONER.