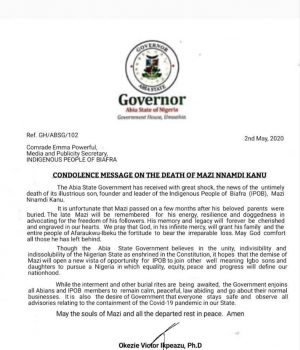 A fake letter of condolence message on alleged death of Mazi Nnamdi, leader of the Indigenous People of Biafra, (IPOB), purported to emanate from Government of Abia State has been in circulation in social media.
The condolence letter, dated 2nd May, 2020 with ref:GH/ABSG/102, and signed by the Governor, was addressed to Comrade Emma Powerful, head of the Media and Publicity Secretary of IPOB.
Expressing the feeling of his Government, the State Governor, Dr. Okezie Ikpeazu, allegedly said in the letter, “The Abia State Government has received with great shock, the news of the untimely death of his illustrious son, founder and leader of the Indigenous People of Biafra (IPOB), Mazi Nnamdi Kanu.”
Governor Okezie, in the alleged letter, lamented that it was unfortunate that Mazi passed on a few months after his beloved parents were buried. “The late Mazi will be remembered for his energy, resilience and doggedness in advocating for the freedom of his followers,” part of the letter stated.
It will be recalled that Vanguard newspaper, published on 28th April, 2020, how the IPOB reacted to the rumour of Mazi Nnamdi Kanu’s death rumoured to have occurred on 27th April, 2020, as the paper’s reporter, Chimaobi Nwaizu wrote.
“The Indigenous People of Biafra (IPOB) yesterday described the allegation by a social media personality, Kemi Omololu-Olunloyo, that its leader Mazi Nnamdi Kanu is dead, as the height of deceit, cocktail of madness and irresponsible social media practice.
“IPOB also said that the likes of Kemi Omololu-Olunloyo are the people that are bringing bad name to social media and should be ignored and not be taken serious because nothing good will come from her and outfit,” the reporter said.
It was the same IPOB’s Media and Publicity Secretary, Emma Powerful who refuted the rumour that Gov. Ikpeazu addressed his faked letter of condolence.
“Our God ordained leader, the prophet of our time, Mazi Nnamdi Kanu is hale and hearty and too busy with issues of Biafra and international community, the world will be convinced with his coming radio broadcast to expose the rot in Nigeria and the lies and irresponsible social media journalist of Olunloyo to grave.
“Our great leader Mazi Nnamdi Kanu is alive, hale and hearty, nothing happened to him. God so created him in such a way that he hardly get sick because the work he is doing to liberate the oppressed and maltreated mankind is equally ordained by God, so nothing happened to him. He cannot descend so low as to responding to person like Olunloyo,” Vanguard reporter wrote.
“We do not know why gullible and confused Nigerians still believe that our leader Mazi Nnamdi Kanu is dead. Anybody doubting should listen to his numerous broadcast on radio Biafra and the oncoming ones.”
However, five days after the Vanguard newspaper made the reaction to the alleged death known to the public, a letter claimed to have come from the exalted office of the Executive Governor expressing shock over a death that has been refuted.
Someone must have forged the letter and moved it into circulation in the social media. 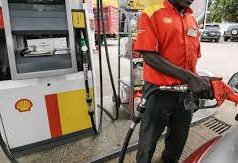 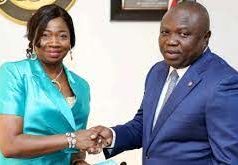 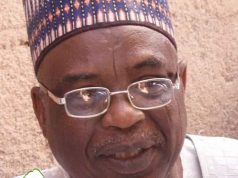 END OF THE ROAD FOR BOKO HARAM, SHEKAU – Nigerian Army.