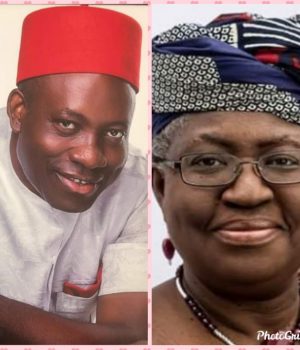 It is utterly mischievous and laughable that opposition politicians in Anambra  State who feel threatened by the stringent demands by all segments of Anambra society on Prof Cee Cee Soludo to run for governor in Anambra 2021 resort to peddling falsehood as their only tactical response. But Anambra’s politics has since morphed into a phase driven by contestation of ideas, values and record of public service. Anambra people are overwhelmingly demanding for Soludo to replicate his record of uncommon transformation in their state, especially now that oil money is running out and everyone is in search of bold thinkers and doers to consolidate on Gov Obiano’s achievements and take the state to the next level. Even then, Soludo has still not declared interest to contest for election. But for the few laggards, they try to spin issues out of context primarily to defame or deceive the unsuspecting public. Each time, they try to drag in the name of Dr Ngozi Okonjo- Iweala into their machinations by re-circulating a 2015 newspaper personal opinion when Soludo and Okonjo-Iweala engaged in an unfortunate public exchange. So, it has become necessary to put the so called Soludo vs  Okonjo-Iweala altercation in its proper context. Of course, it is a well acknowledged fact that Soludo and Okonjo-Iweala are two of the most celebrated public servants in recent history in Nigeria and the world. The Euromoney had once named Okonjo-Iweala as the best finance minister in the world. Also, Soludo was named by both the Euromoney and the Financial Times of London (FT-Banker) as the Best Central Bank Governor in the world. Both had been awarded Nigeria’ s third highest national honour- CFR and are world renowned economists who have made and continue to make remarkable contributions to Nigerian and global development. Now here is the context of the often twisted brickbat between them, and the re-circulated article credited to Okonjo-Iweala—which is done out of context. In the run up to the 2015 presidential election in which Ex- President Dr Goodluck Jonathan and President Muhammadu Buhari were the leading contestants, Soludo wrote a widely celebrated article entitled: “Buhari versus Jonathan: Beyond the Election”. In the said article, he criticised the two leading candidates for promising Nigerians what he called “El Dorado”, and emphatically argued that none of them would be able to deliver on their promises on account of the weak and weakened economy. He specifically criticised the economic management of the Jonathan administration for its unprecedented rate of borrowing and depletion of external reserves at a time of unprecedented oil price boom. The article infuriated Okonjo-Iweala who was at the time minister of finance and coordinating minister of the economy. Unfortunately, she took it personal and in anger called Soludo names in her response as reported by one of the media houses in the often recycled article, purporting to have called Soludo the worst central bank governor in Nigeria. Soludo responded in a lengthy article entitled: “Ngozi Okonjo-Iweala and the Missing Trillions” where, among other things, he argued that Okonjo-Iweala presided over an economic management that could not account for some thirty trillion Naira. He returned a verdict that she was the worst minister of finance in the world and challenged her to a national debate on the economy. The brickbats heated up the polity as would be expected in an election year and it took the wisdom and intervention of eminent and well- meaning Nigerians to broker a truce between the two warring titans. Happily, both Soludo and Okonjo-Iweala had put the incident behind and are facing other challenges in their service to humanity. For a few opposition politicians in Anambra who believe that the only way they will have a chance in a governorship race is if Soludo does not contest, their only game is to re-circulate Okonjo-Iweala’s angry opinion out of context, without also circulating Soludo’s response. It will amount to wishful thinking for the few mercantile politicians in Anambra to attempt to dent the exceptional achievements of Soludo in public service or his established profile as an African solution provider. As an Igbo adage has it, you can never cover the moon with your palms. They appear to have nothing more to do or say and have little or nothing left in their bag of tricks and deception than to re-circulate old, discredited personal opinions. The good news is that they have peddled their propaganda too early, and Ndi Anambra have seen through them and largely now ignore them, and even getting irritated by their antics. The harder they try to throw mud at Soludo, the more the deafening call for “Mr. Solution”. The bad news for them is that today, Ndi- Anambra know what they want especially in the post covid-19 pandemic era. They want a tried and tested thinker and accomplished transformer, especially in these challenging times in the world. The prayer of most people in Anambra is that Cee Cee Soludo will harken to the voice of the people and step out to serve them when the time come 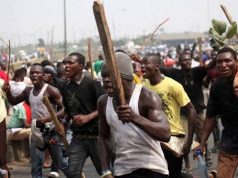 NIGERIA: A NATION OF VIOLENCE. 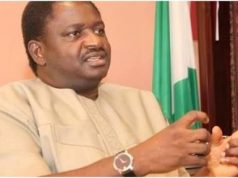