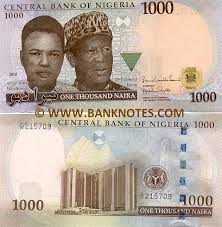 A couple of weeks ago, I was with some friends discussing about life in general. One of them made a very strong statement that “Money has relocated to a strange land” and since then I have been doing some research on finding where exactly this strange land is.

After my thorough research and survey, I finally found where money has relocated to. Believe me, truly money is no longer where it use to be, it is in the strangest of all places that one can ever imagine.

I would like to share my findings with you. If you don’t mind taking some time to read on.

Just this morning before I decided to put this piece up, I came across a similar write up with almost the same view as my findings and I thought it is time to share my little findings with you all.

A lot of us educated folks are busy looking for a good paying job here and there everyday. But the truth is, the world of work is shrinking by the day and as such there are no jobs to absorb the number of graduates been produced by our universities any longer.

The government CAN NOT and WILL NOT create jobs.

Truth be told, our Universities are just reproducing job seekers and not job creators. that’s why graduates outside the Country are better of graduates within, they are job creators and not the other way round. Our schools here train you to become employees and not employers because our learning syllabus has not changed and it is the same old stuff they keep teaching over the years.

The white collar jobs are no longer there, they are disappearing everyday. In fact the bank workers will tell you that there is nothing special in the banking sector any more. The counter is becoming empty and the queue are becoming longer in the banks, simply because they can not pay staffs any longer.

These are facts we know. Some years back, we saw how banks were making every other job look inferior and one would wish if only I can get a bank job I will be made. Today the case is different, banks are downsizing and has become a pitiable profession and same as other sectors.

The mechanic who calls you Oga sir, makes at least 2000 to 3000 for fixing your car, so if he fixes an average of 3 cars, he goes home with at least 7000 plus . In a month, he makes a minimum of 150 to 200k. Yet he calls you Oga. He has built his house from calling you Boss and you the boss can’t even afford to pay your rent any more.

The taxi driver takes you to the Airport and collects 6k per drop in a day, if he does 2 to 3 trips and goes home to save 5k daily, in a month he makes over 100k.

There has not been in the history of any Country that a white collar job or civil servant became a millionaire but all over the world today, millionaires and top richest people in every Country are Multi Level Marketers (MLM) which you and I are running away from. The cave we fear to enter holds the treasure we seek. My point is, there is still money in the economy but not where it used to be. It is hidden in businesses you will never thought of doing. But trust me, that is where the money is now.

Stop looking for white collar jobs and dirty yourself.

Start that online business, Network marketing and grow it over time. Don’t keep waiting and wasting.

This is where the money you have been looking for has relocated to.

Remove that suit and tie that is suffocating you, so you don’t commit suicide and pick up that job.

Who cares if you are a mechanic, at least you can pay the bills. That is what matters. So dirty your hands my good friend and put food on the table. Salary is deceitful and frustrating. THE KEY TO MASSIVE WEALTH IS ENTREPRENEURSHIP, referral biz (MLM) ETC 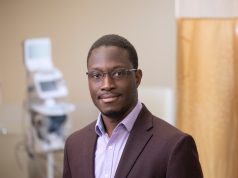 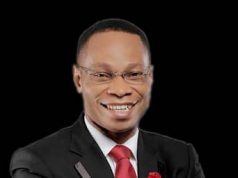 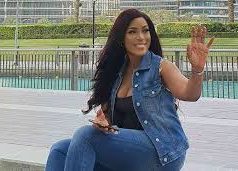 WEEKEND STAR: LINDA IKEJI – A BLOGGER WITH A DIFFERENCE.