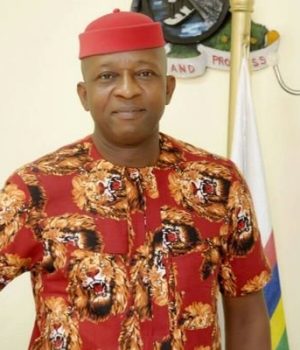 The Lawmaker representing Oshodi-Isolo Constituency 2 at the Lagos State House of Assembly, has advised Ndigbo to join All Progressives Alliance [APC].

Speaking when he paid a visit to Eze Nwajiofor Okoli, Eze Ndigbo of Ajeromi-Ifelodun on Wednesday, the Legislator declared that the only option that would guarantee presidency to Ndigbo was the APC and advised to join the Party to overcome marginalization.

”The Peoples Democratic Party [PDP] cannot give Ndigbo the presidency. The need to embrace APC to be relevant politically. We cannot continue to complain of marginalization and remain in opposition.

”We must join the ruling party en masse and any time it is our turn to produce the President, we would be in a good position to that,” he explained.

In his response, Eze Okoli said that he was convinced that with the Legislator as apex leader of Ndigbo in the State, and with exemplary leadership quality for which the Lawmaker has been known, the ruling Party would be sure of the Ndigbo support in the next general election.

Also in his contribution, Hon. Lukman Olumoh who represents Ajeromi-Ifelodun Constituency 1 at the Lagos State House of Assembly who was part of the guest of theRoyal Father, expressed delight at the resolve of Ndigbo to embrace the Party.

Hon. Olumoh stressed that he would work with the people of Ajeromi-Ifelodun for massive electoral victory during subsequent elections, stating thatthe people would be sure of dividend of democracy.

FROM ZERO TO HERO: CELEBRATING IG NWAWULU AT 60.

THE GATHERING OF VULTURES