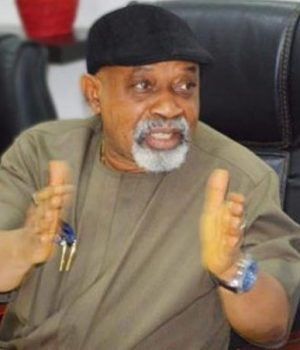 Pan-Niger Delta Forum [PANDEF] has warned the Nigera National Petroleum Corporation [NNPC] which allegedly sidelined people from the South-South, South-West and South-East from its top management positions to stop insulting the people of the region.

Expressing his dismay, the PANDEF National Publicity Secretary, Hon. Ken Robinson said, ”This reckless impunity has to stop. And that is why we will continue to call for the restructuring of Nigeria, to make equity, fairness and justice the cornerstones of our existence as a country.”

”The claim that recent top management appointments executed in March this year, at the corporation were based on professional competence, adherence to the principle of transparency, accountability and national spread is also bogus and ridiculous.

”What the NNPC management averred is that there are no competent and capable persons from the Niger-Delta in the corporation, and that there are no qualified persons in the Niger-Delta region to be engaged. And that is absurd and fallacious. The Niger Delta region is not in want of qualified manpower within and outside the NNPC and its subsidiaries to occupy any office.

”It is sad enough that the Niger Delta region is denied infrastructural development, and participation in oil and gas industry in terms of allocation of oil blocks and oil marginal licenses. The Federal Government has also refused to direct International Oil Companies [IOCs] to relocate operational offices to their areas of operation in the Niger Delta, thereby further denying our people and the state governments of the region, the needed economic derivatives.”

PANDEF therefore warned that nobody should think that these situations would be allowed to continue perpetually. ”The Niger Delta people would employ every lawful and legitimate measure to right the injustice.”