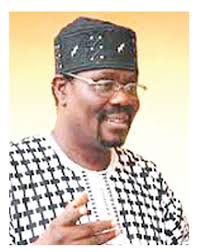 “In Yoruba land, money has never been foremost in Yoruba value system. In our value system, money is number five.
What are the first four?
The first is laaka’ye, which is the application of ogbon, imo, oye (knowledge, wisdom, understanding). For instance, my grandfather was like the chief judge in our homestead, Adelegun, and our town in Ago-Iwoye, in his time. He was an illiterate and not even the richest but he was reputed to have wisdom. When the late Pa Abraham Adesanya and Adekunle Ajasin were made leaders, they were not the richest.
The second is valour. That is why Baloguns are second-in-command to the leaders in Yoruba land. Baloguns are people that can lead them to war. Yoruba have no respect for cowards.
The third is integrity. Someone with integrity is a man of his words. If you have all the wealth in the world but lack integrity, it means nothing. Integrity is combined with iwa – character, which we regard as omoluabi. The fourth is having a visible means of livelihood. A person must be identified with a visible means of living; that is, his or her profession or job. The last in the Yoruba value system is money. If you have money in place of the earlier four, you are nobody.”
Quote – from Interview by Tola Adeniyi, former MD of Daily Times 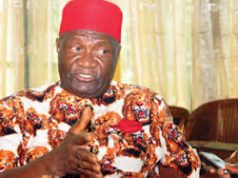 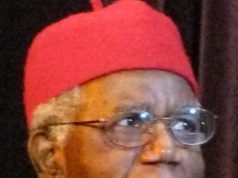 EZECHIMA: NO ANCESTRAL RELATION WITH BENIN PERSON IN EDO SATE.

DO AWAY WITH POLITICAL GODFATHERS, OBA OF BENIN WARNS PDP GOVERNORS.