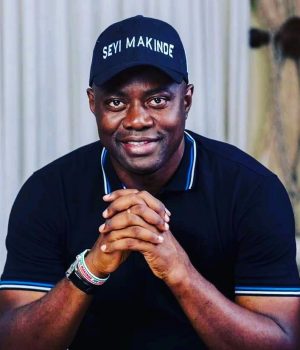 The Clean and Green Initiative of Gov. Seyi Makinde of Oyo State has created 12,000 direct jobs for skilled, semi-skilled and unskilled income earners in Oyo State, through the on-going rehabilitation at Awotan dump site.

The Contractor handling the Clean & Green project, Mr. Idowu Salawu said this while speaking with journalists at the site yesterday.

Mr. Salawu, whose company, Macpresse West Africa Ltd. is handling the rehabilitation of Awotan and Ajakanga dumpsites revealed that the project has birthed 500 registered private companies that are engaged in refuse collection at the 11 LGAs in the 1st Phase of the programme.

“Each registered company invested in the purchase of minimum of 2 refuse collection trucks valued at N24M and each truck employs a minimum of 6 persons in its day to day running”, he said.

“Other employments created from the scheme include 100 daily workers at the host community of Awotan, Apete and Akufo in Ido LGA where the ongoing rehabilitation of dumpsite has provided jobs for about 100 refuse dump scavengers and construction workers that make their daily livelihood at the dumpsite”, he added.

The contractor who took journalists at the site round the on-going work said when completed the projects would make better positive economic impacts on the people of the State.

Mr. Salawu further added that since the opening of the dump site, over ten million metric tonnes of waste has been dumped so far and with this, Oyo State can take advantage and produce thousands of megawatts of electricity for the good people of the State.

He added that Residents of Oyo State, especially Awotan environs have been assured of the Oyo State Government’s commitment to eradicating all health hazards and environmental pollution threat that the Awotan dumpsite may pose.

“The dumpsite which sits on a 25 hectare large expanse of land was not utilized to the optimum because of the lack of access roads to reach the other ends of the site, many waste disposal trucks offload their contents at the entrance because they cannot reach the ends; we have constructed about 1km road network to link all the dump hangars we have compartmentalize”, he added.

He said they are currently doing the landfill reclamation and landfill remediation to cover the refuse with soil as this has the potential of generating up to 1 megawatt of power on each compartment. This is in line with the State Government’s plan to make a renewable energy hub out of the dumpsite.

Speaking earlier, the Permanent Secretary, Ministry of Environment and Natural Resources, Dr. Bashir Olanrewaju assured that the dumpsite is being upgraded to meet international standard and practice of waste disposal and evacuation, while exploring the option of converting waste to wealth through recycling.

He noted that the first thing the contractor had to combat was air pollution that has contaminated the atmosphere around Apete dumpsite.

He said, “That is what we achieved in the first few days. We have reduced the stench to a non-existent level.” 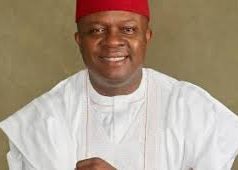 VANDALISM IN CROSS RIVER STATE: SOMETHING IS WRONG SOMEWHERE.

ANAMBRA POLITICS AND FALLACY OF RELIGION