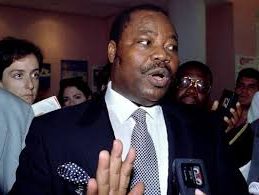 The Federal Government of Nigeria has seized the private jet of former Petroleum Minister, Dan Etete in Canada.

Confirming the seizure, Babatunde Olabode Johnson, the Nigeria’s Government lawyer, said that the order was served on the jet owner, a company called Titbit Ltd.

Titbit, allegedly is an anonymously owned company incorporated in the British Virgin Islands. It has until Tuesday next week being June 9, 2020 to file court papers opposing the seizure.

Barrister Johnson explained that Government had been on the trail of the Bombardier 6,000 jet with airport in Canada on May 29 this year.

The jet which has a range of up to 6,000 nautical miles and a luxury interior for 17 passengers, was flown from Dubai via Shnnon Airport in the West of Ireland.

The jet was part of an alleged epic spending spree Etete was said to have embarked on after allegedly receiving $336m from the OPL 245 deal. Being the Petroleum Minisster in the last weeks of late Gen. Abacha’s Military regime, Etete had effectively awardedthe prospecting rights of OPL 245 Block to Malabu Oil and Gas – a company he secretly controlled.

Thus when Abacha died, Etete retained the rights as a private citizen until he offloaded them to Shell and Eni in 2011. Both paid a combined $1.3bn to the Nigerian Government.

According to investigations, Etete paid $54m main installment payment on the jet when an alleged $336m was paid to him through several bank accounts.

The entire OPL 245 deal is now subject to a corruption trial in an Italian court where Etete is an accused together with alleged middleman and some top executives from Shell and Eni. All parties in the Milan trial have denied the charges against them.