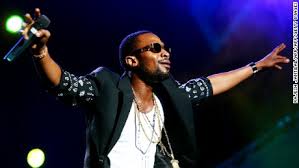 The lawyer handling the allegation of rape leveled against Dapo Oyebanjo popularly called D’banj, Chief Mike Ozekhome, SAN, has demanded the sum of N100 million and an apology within 48 hours from Babalayo’s solicitors of Ojoge, Omileye and Partners.

Chief Ozekhome demanded that the compensatory deposit of N100m be made within 48 hours only through his chambers in favour of his client in order to assuage the client’s alleged battered image.

His letter to the counsel reads in part, ”We have been instructed to demand and we hereby demand from you the following: that your client makes outright apology and a total retraction of each and every false allegation made against and concerning our client.

”The said apology and retraction shall be published in four national dailies with wide circulation in Nigeria as well as on social media platforms and handles being used by your client and her hirelings.”

One E. Popoola has been mounting pressure on the United Nations and United Nations Women Africa Organisations to strip the multiple award winning Dapo Oyebanjo whose music stage name is D’banj, as the Youth Ambassador due to allegations of rape and sexual assault leveled against him.

Popoola is allegedly seeking 25 000 signatories for petition for United Nations to remove D’banj as Youth Ambassador and has gotten over 16 000 as of Friday last week. The petitioner wants the two bodies to distance themselves from his actions following the alleged sponsored kidnap of Seyitan [Babalayo] who accused D’banj of rape and sexual assault in 2018.

”We call the attention of brands such as Heritage Bank Africa, One Africa, CSA Global and other establishments associated with Mr Oyebanjo to end their commercial relationship with him and stand in support of victims of sexual violence”, Popoola said.