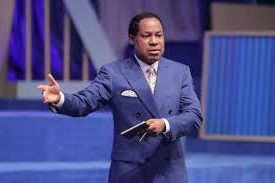 Akwa Ibom Government is to appear before a Federal High Court in Uyo over the arrest and detention of members of Christ Embassy Church.

The members are Pastor Emmanuel Effiong and videographer Mr. Gabriel Ekpa. They were arrested over alleged breach of Covid – 19 protocols and attack on the Government mornitoring team.

In a Suit No. FAC/UY/FHR/106/2020, filed on Tuesday, Christ Embassy wants the Court to order an unconditional release of the arrested church officials.

Apart from the State Government, the plaintiff listed other defendants to include the State Chairman of Christian Association of Nigeria [CAN], Revd. Ndueso Ekwere, and the Chairman, Covid – 19 Guidelines Monitoring Committee, Mr. Enobong Uwah.

Christ Embassy alleged that ”The State Government is acting on falsehood. It was even the team that assaulted the Church’s videographer,” as explained Pastor Kelvin Atang on behalf of the Church. The Church argued that their arrest and detention by the Police was a violation of their fundamental human rights.

”This action is borne out of malice, hatred and calculated attempt to malign the Church for disassociating herself from the Christian Association of Nigeria.

”As a Church that respects the rule of law, we had envisaged this gang up and also took steps to seek protection of the land by approaching the court” the Church explained.

ARE YOU QUALIFIED FOR MARRIAGE?