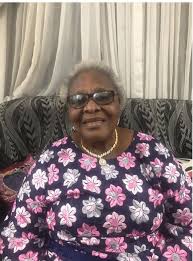 ”She died on Sunday’s night after a protracted illness. Funeral details will be announced later”, he said.

Mrs Ujubuonu died at the age of 78 in her daughter’s residence in Abuja. According to the family spokesman, Ozioma Ubabukoh, late Mrs Ujubuonu hailed from Ndodolu village, Umunuko Ukpor in Nnewi South Local Government of Anambra State.

Late Cecilia’s husband, late Mr. Benjamin Ujubuonu died in 1988. Cecilia, born on April 18, 1942, was a retied businesswoman and member of the Redeemed Christian Church of God, RCCG. She died a mother and grand mother.

THE UNTOLD TRUTH ABOUT THE CIVIL WAR.