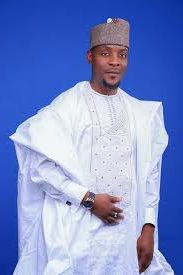 The Arewa youth under the umbrella of ‘Arewa Lives Matter’ have threatened the President Muhammadu Buhari led Federal Government to provide the north adequate security of lives and property or they would act.

In a press release made available to the nationguardnews.com, which was written by one Ambassador Uchechukwu Ekpere Paul as the President of Nigeria Youth Decide [NYD] and endorsed by ‘Arewa Lives Matter’ group led by Hon. Bilal Adamu Halilu, the groups enjoined President Muhammadu Buhari ”to summon the courage of a soldier and the political will of a leader driven by love for his country to make history and do something about the killings in Nigeria.”

The group argued that the Government of President Buhari is responsible for provision of adequate security, peace and welfare for Nigerians. Command and control of our security agencies are vested in the Federal Government of Nigeria.

The Arewa Lives Matter alleged that prior to 2015, Nigerians had severe challenges with insecurity, and gladly elected President Muhammed Buhari, a retired Major General and former Head of State to solve our deep-rooted insecurity challenges.

To them, President Buhari’s re-election in 2019 was to make Nigeria safer, better and more peaceful. The President, according to them is expected to fight against and rescue the nation from such crimes like terrorism, insurgency, cattle rustling, farmer/herders men clashes, cybercrimes, secession threats,kidnapping, banditry, etc. Most of them, they alleged started in the north.

The group, quoting the data sourced from the ‘Independent Council on Foreign Relations [CFR], Nigeria Security Tracker April 2019 to May 2020, and alleged that 7,986 lives have been lost to violence and that 7,036 0f the figure took place in the north while 893 occurred in the south. They argued that the data suggests that a Nigerian is eight times more likey to die by violence if the person is based in the north.

The group blamed the northern governors who are said to be the chief security officers in their various states but they secure nobody. ”The idea of paying the bandits not to kill us means that we to pay or reward the criminals for not killing us and for existence,” the release saidin part.

The huge budget allocated to carter for military supplies, according to them, even the security votes have yielded few positive results. The criminals, they say, would enter through our porous borders illegally, kill Nigerians in Nigeria’s soil and go back unperturbed. No arrest made either by the Police, the Army, or by other security agencies.

”Mr. President, Nigerians are disappointed with the nonchallant attitude of the Federal and state governments with regards to the killings in the north.

”In summary, in the next fourteen days, if the killings in the northern Nigeria continue and government fails to heed to our prayers, we will act. The State Houses of Assembly in the northern states will be occupied by us until peace is restored in our communities. Save and secure the lives of our citizens,” the group threatened.

MOST EDUCATED TRIBES IN NIGERIA