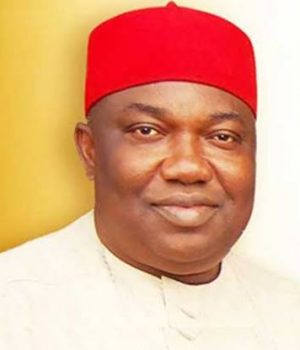 The event, according to a statement by the State Commissioner for Information, Nnanyelugo Chidi Aroh, “will hold at the Executive Council Chambers, Lion Building, Government House, Enugu, at 2pm” .
Aroh disclosed that only the 20 (twenty) Councillors and the Vice Chairman, to be sworn in as substantive Chairman, are invited “in line with the protocols and regulations of the Nigeria Centre for Disease Control (NCDC)”.

It willl be recalled that late Mr. Patrict Eze of heart complications on Monday June 15, 2020 in an undisclosed hospital in Enugu town.

Late Nsukka LGA boss was re-elected for the second tenure in February 29, 2020. Popularly called Aka-Ekpuchi-Onwa or Atikpa, had it tough to be re-elected due to his alleged non performance by majority of the ruling PDP supporters in Nsukka.

His demise came even before his godfather, late Senator Fidelis Okoro who died some months ago in Abuja was yet to be buried. 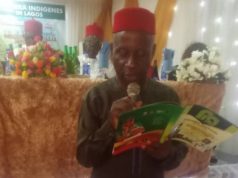