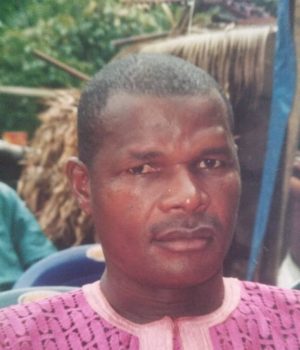 In continuation of assessing states that create jobs for youth and provide infrastructures for the citizens, we decided to drop Covid-19 state performances and focus on the two areas. Many requested for it to be so.

The breaking point between Hadiza Isma Elrufai’s pet project and those of other Nigerian governor’s wives is that it is independent of funding from the Kaduna state government. In the both the military and democratic history of the state, none of her predecessors ever launched a pet project without direct funding from the state treasury.

From the civilian era of  former governors Ahmed Makarfi, through those of Namadi Sambo, late Patrick Yakowa and Muktar Ramallan-Yero, governors’ wives had operated pet projects under different names. And when all those previous pet projects are placed side-by-side, what obtains is an uncanny transposition. Their source of funding right from the onset was the state government’s coffers. At that time, the governors used all available legal instruments to lend massive financial support to jotheir wives – often exceeding constitutional limits. This was so because the “Office of the First Lady” was (still is) a borrowed symbol of authority from the American model of democracy.

Hadiza Isma Elrufai seems to have chosen to be different from her predecessors and current counterparts by rejecting offer of direct funding from public treasury.

She founded the Yasmin Elrufai Foundation, which is meant to immortalize her late daughter – Yasmin Elrufai – who had great passion for literature, creativity and knowledge. The young Yasmin reportedly died in November 2011 at her flat in London while undergoing a Law Conversion course. Before her demise, Yasmin had first degree in “Politics with Economics” from the University of Bath, United Kingdom and a Masters Degree in “Political Economy of Late Development ” from the London School of Economics.

Speaking exclusively to the Voice of Liberty in Kaduna, Hadiza noted that the Foundation has gone very far in achieving its objectives “considering the fact that we’ve not been active for too long”. She continues : ” we did a lot of creative writing workshops for children; we have our library which, with the help of some benefactors, we were able to stock; we have children coming from neighbouring schools and even schools far away from our operational base, to read books”. Turning to the Women Literacy Programme, she said they have already identified the target communities that the Foundation intends to impact on and that they have gone very far with that.

Unlike some tax-exempt groups on the African continent, the Yasmin Elrufai Foundation has yet to start offering scholarship for for further studies, but offers good funding to its benefciaries after graduation and issuance of certificates. The beneficiaries choose the areas of skilled training they prefer to specialize on.

When asked about the long term goals of the Yasmin Elrufai Foundation, Hajiya Hadiza chuckled and said: Our long term goal is to extend our programmes to all the states in Northern Nigeria, which is the primary target of venturing into this charity in the first place”. She argued that Northern Nigeria was lagging “seriously behind in terms of reading culture” and that this is not helpful to the region in a competitive knowledge-driven modern world. How did she arrive at the conclusion that the Foundation must service Northern Nigeria? “Even before the official launching of this Foundation, we did a lo of groundwork, lots of research that took us over a year”. She went on to explain: ” We carried out needs assessment based on the outcome of the research and then identified which of the communities would be most-suited for our programmes”.

The Foundation reportedly got an award in Abeokuta. Confronted with a question on the significance of that award, she responded: ” it was all about our promotion of creativity in Northern Nigeria. I’m sure you would agree with me that the issue of arts and creativity have been pushed to back burner in the North by a combination factors. We were  carefully selected on account of our  efforts to confront the declining reading culture in the North, among other things”.

Since the Foundation can do without funding from the Kaduna State Government’s treasury, how does it intend to move on with its projects? Hear Hadiza :” During our official launching, we hosted a number of international donor agencies like DFID and many others; and they’ve all indicated interest in supporting us with funds,

to augment the meagre resources we set aside for take-off. And we have already got funding from Dangote Foundation and entered into talks with the Ford Foundation. We have, right from the official launching indicated that our challenge would remain paucity of funds for now.

Hadiza’s message for the North’s millionaires and billionaires was a straight one :” We have some of the best upcoming poets and other artists from this region but funding is turning them into wasted assets, please intervene to help the North gain its rightful place in a modern world”

When I heard that Hajiya Aisha Ummi Garba El- Rufai, wife of the Kaduna State Governor, Malam Nasir El-Rufai, was honoured with the title of Ambassador of Fistula, it came as no surprise to me. I have seen first-hand how passionate she gets on a cause that strikes her.

I first met Haj. Ummi in 2017, after she was named the chairperson of Kaduna Emergency Nutrition Action Plan, KADENAP. My first impression of her was humility. She welcomed me like we had known one another for years and I felt very much at home around her. But I learnt very soon that she did not joke when it came to delivering on a task she was assigned. She was a well-focused and results-oriented person and she would push every wall down, if necessary, to see that she achieved the desired results when it came to delivering on KADENAP.

You see, KADENAP is not the usual “Pet Project”, as was the norm in the past where wives of heads of executives initiated a charity-like project funded by the Government to impact on the people. KADENAP is an emergency task force, created by the Governor, Malam Nasir El-rufai, to reverse the disturbing statistics of malnourished children in Kaduna State.

KADENAP came about after Haj. Ummi came across a certain report on the statistics of malnourished children in the State. She was shocked, and brought it to the attention of her husband, the Governor.

I recount her saying they both couldn’t sleep that night. She took it upon herself to investigate and, lo and behold, she was faced with the most unbelievable sight before her. She said to me: “The kind of images you only see on TV, in wartorn countries like Syria, Somalia, is looking us right in the face, in our backyards.”

That was the life-changing moment for Haj. Aisha Ummi Garba El-rufai. She took it upon herself to use whatever influence she had to curb the scourge of malnutrition in Kaduna.

KADENAP was created in January 2017 and she was to serve as Chairperson, facilitating the activities of other Ministries Departments and Agencies that have a role to play in nutrition and infant health care, such as Health, Education, Water Resources, Agriculture, Finance, Budget and Planning and State Primary Healthcare Development Agency, amongst others. That was how KADENAP was born.

With the deliberate efforts and regular engagements with stakeholders, the number of admissions of malnourished children in the 11 LGAS where KADENAP operates rose dramatically from 352 in 2016 to 24,185 in 2019.

Thus, the fight against Fistula in Kaduna has certainly gained momentum after Hajiya Aisha Ummi Garba El-rufa’i accorded it priority attention since 2017.

Vesico Vaginal Fistula is a condition that allows for the continuous and involuntary discharge of urine and faeces.

According to the UNFPA, early child bearing before the age of 18, poor access to emergency obstetric care and poor utilisation of reproductive health information services in addition to harmful traditional birth practices are some of the causes of the disease.

This has led women and girls to lose their babies. To compound their misery, they are shunned by their husbands and families due to the constant wetness and odour from leaking urine or faeces. Some women have narrated how a hut is built from them to isolate them from the rest of family, where they are restricted to and are left to their misfortune, untreated. They become outcasts, unable to lead normal lives, or contribute in any meaningful way to the society, rendering them permanently dependent on others.

Despite the large number of patients living with this disease, care for these patients was not commensurate with the magnitude of the challenge. In Kaduna, only 200 patients were treated annually in the single designated centre in the State, which allocated just one ward for these special cases.

Going by this, it would have take over a decade to clear the backlog of patients that have piled up; not to mention the new cases that occur regularly. Imagine waiting 10 years for your turn for this life changing surgery.

These disturbing statistics caught the attention of Hajiya Ummi El-rufa’i and spurred her into action. Since 2017 she has paid numerous visits to the hospital, providing care packs for them and serving as a beacon of hope to the patients that they have not been forgotten.

Through the Ministry of Human Services and Social Development, Ummi El- Rufai and the Commissioner, Hafsat Baba, brought the plea of the victims to the executive council of the Kaduna State Government, chaired by the Governor, Malam Nasir El-rufa’i and requested a sum of 30 million naira to be provided for in the 2020 budget for the VVF cases. But the executive council, after hearing their plea, saw the need to increase the amount to 50 million naira, which has been successfully included in the budget, under the ministry of Human Services and Social Development.

The ministry will also provide food for patients in the hospital on a quarterly basis, to cater to their needs during the 4 to 8 weeks they spend in the hospital.

The Kaduna State Government under the El-Rufai administration is now committed to the prevention of new fistulas from occurring and combating the huge backlog in fistula repairs, reducing by 98% (12,000) the number of women requiring fistula repair in Kaduna State by 2022.

To raise more funds in support of the Government’s effort, Kaduna State Government, in collaboration with UNFPA and Fifth Chukker Country and Polo Cub, organised the first ever high-level Fistula conference in Kaduna.

At the High-level conference and fund raising event, Fifth Chukker donated a sum 5 million Naira and pledged to give the same amount every year for the next five years.

Wrapping up the event, the title of Ambassador of Fistula was conferred on Aisha Ummi Garba El-rufai for her tremendous contribution to the ‘End Fistula’ campaign in Kaduna by UNFPA.

This has not been her only recognition by an international body. UNICEF awarded her “Ambassador for Children’s Education”.

Following the giant strides and antecedents of her husband in the areas of Education, Health, infrastructural development in Kaduna State and the FCT, nothing less is expected of his wife. She has shown, times without number, her commitment towards improving the status of the most vulnerable in the society.

Borno will take on Oyo while Enugu will take on Kano in the coming ones. It is APC vs PDP. It is a competition among the First Ladies of Borno, Enugu, Kaduna, Kano, Oyo and Rivers states. IT IS A KORNER KICK. Keep a date with us, and give us feedback on the issues. 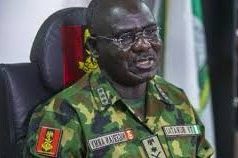 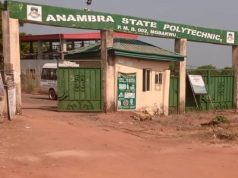 MAGU AND THE ABUJA POWER GAME.

MBAZULIKE AMECHI: A RARE GIFT FROM UKPOR TO THE WORLD.

How many Nigerian immigrants are in US?