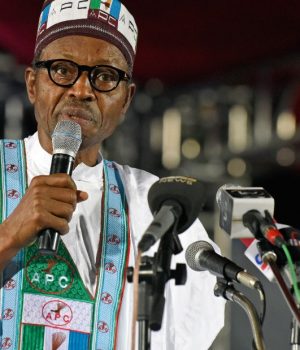 The Igbos of the five states of the South East geo-political zone topped the list of supporters who donated N54 million to the presidential candidate of the All Progressives Congress, APC, Muhammadu Buhari, the zonal chapter of the Party has said.

Mr. Buhari, a former Head of State, who is popularly called “GMB” announced on Tuesday that he had so far received N54 million from Nigerians to prosecute his campaign for the February election.

In a statement by its spokesperson, Osita Okechukwu, on Wednesday, the party expressed gratitude to the Igbos for topping the list of donors to the Buhari Support Organization Campaign Fund.

It did not, however, disclose the names of the donors in the statement.

It said the donations were the peoples’ contribution to the APC flag bearer’s quest to salvage the country from dangerous slide into a failed state.

“We are happy to announce that when the managers of the First Bank of Nigeria warehoused fund unveiled N54 million so far realized, Ndigbo topped the list of the highest donors; a unique account that has GMB as the only signatory,” the statement said.

“By topping the donor list, Ndigbo has graciously demonstrated that the celestial bond between GMB and the Nigerian Masses and the Middle Class is Pan-Nigeria and not sectional as insinuated.”

The Party explained that the Buhari Campaign Support Fund has Mr. Buhari as the sole signatory for transparency purposes, and said the effort is to assist the former Military ruler prosecute his presidential campaign because he “refused to enrich himself while in office”.

“The South East APC salutes our people who embrace the Buhari-Bandwagon-Vehicle for Salvation; for it is our candid opinion that it is less than wise for the hard working and enterprising Ndigbo to, election after election, put all our eggs in one basket,” the Party said. 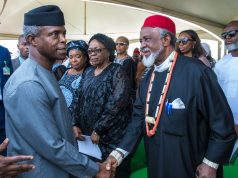 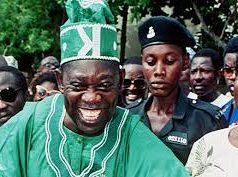 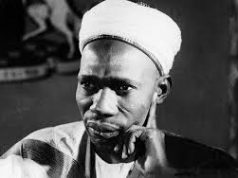 BALEWA’S FIRST SPEECH AS AS A PRIME MINISTER.

PRESIDENT OF BURUNDI IS DEAD.

LAGOS STATE ROADS DETERIORATION: A CALL FOR AN URGENT ATTENTION.