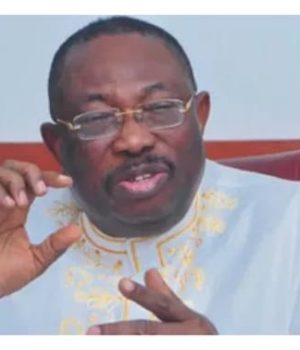 Major General Sam Momah, rtd, is dead. He was 77 years old, being born on July 6, 1943, in Kano. He died yesterday afternoon due to complicated diabetic issues.

Disclosing his death to the public, Lifeline Care Association said, ”We regret to announce the passing of our Grand Patron, Maj. Gen. [Dr.] Sam Momah – the father to our Founder, Dr. Nkem Momah. His passing occurred yesterday.

”His many contributions and unflinching commitment to the growth of our charity and service to the nation at large will forever be cherished.”

Late Maj. Gen. Momah, rtd, was a former Minister of Science and Technology. He was a one-time Adjutant General and Commander, Training and Doctrine Command.

He was also the pioneer Director at National War College. Momah was a soldier, engineer, public administrator, among other things. He had written 13 books. The last one titled, ”Restructuring To Save Nigeria from Post-Oil Disintegration” was launched on his 77th birthday celebration.

He is survived by his wife, children and grandchildren.