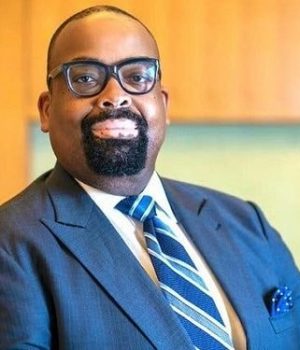 The two senior lawyers garnered 4, 326 and 3, 982 votes respectively. Akpata’s votes represent 54.3 per cent of total votes cast. This is the second time NBA is using electronic voting to elect their leaders. This one which began from 11 pm on Wednesday was held for 24 hours.

For the first time, a non SAN is elected President of the Bar since 1989 when the late Alao-Bashorun was elected to head the body.

Mr. Adesina who got the least number of votes cast, faulted the electoral process which he called ”a sham.” However, Dr. Ajbade said, ”I have called Mr. Olumide Akpata and congratulated him on his election as the 30th President of our great association, the Nigerian Bar Association, in the elections held on 29th-30th July, 2020.

”As a co-contestant in the elections, I am proud of the level of the debate and quality of the ideas that were brought forth for the improvement of our association, the welfare of its members and the good of the society.. It is unfortunate that the process leading up to and during the election itself has once again not been devoid of controversy.

Dr. Ajibade expressed hope that the body would overcome the repeated challenges by conducting objectively free and fair elections of the leadership. He said that he was resolute in his belief that success in addressing the challenges would not be achieved without unity and urged the incoming leadership to take deliberate and proactive steps to unite the Bar.

In his speech, Akpata, the President-elect, told lawyers, ”It was tasking and I would not have gotten this far without your support, prayers and sacrifice. You are everything to this project and the result was a product of your overwhelming efforts.

”My opponent [Ajibade] has graciously agreed to work with me. So we can have a rebranded Bar. I strongly believe that we can achieve the goal as I promised in in the campaigns with your assistance. A new chapter begins. Your ideas and input will assist in fulfilling my manifesto.”

Mr Akpata was a former chairman of the NBA Section on Business Law. The number of lawyers that voted was 29, 635 while 1, 604 names were voided due duplicate phone numbers/emails.

THE VALUES OF PERSEVERANCE AND SELF-RELIANCE IN ISLAM.

BORNO: THE EXPLOITS OF Gov. Zulum.