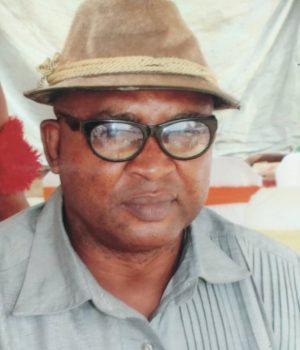 The Nigeria ethnic nationalities appear to share one common Impression against the Igbo. One common thing that unites them has been discovered to be resentment against the Igbo man’s predilection.

If anything arises that discredits the Igbo, it is at that point that you notice that Nigera has undeniable unity. In unanimity they agree that Igbo is greedy, he is unreliable, he is into avarice and is a scammer.

It is clear that there are three things that unite Nigerians against the Igbo, namely, football, Igbo resentment and of course looting.
In trying to understand the reasons behind this, I view it from anthropology, Economics and other social dialectics.

The Igbo anthropology resides the families divided into four: the core family of birth, the mother’s family, the father’s mother family and the mother in-law.

The loyalty is to the ancestral home led by the oldest man.
Every one is considered a stakeholder with considerable opinion.
The economic drive is based on ingenuity, strength, character and courage. These attributes are brought to bear in competition. The drive is powered by competition.

The Igbo do not bow to any person. His allegiance is God of heaven and earth, of the hills, seas, valleys. No super personality. He panders to superior influence and enviable attributes in leadership both in commerce or other human activities.

There is no paramount leader, the sociocultural exchange is through diffusion of opinions and consensus building. This accords sense of importance to all members.

These attributes appear to be exclusive of Igbo, they share very little sociological similitudes with other nationalities thereby making them eccentric, it naturally presents Igbo as enigmatic. Oftentimes the description tend to be lacking adjectives. In order to improvise appropriately, emasculation or stereotypes become the alternative.

Yoruba, Hausa, Bini, Berom Idoma and Tiv etc hold virtually the same view.
One may be deceived into believing the behaviour towards Ndigbo as hatred,looking critically the answer is lack of understanding the Igbo man’s worldview, which is essentially competitive.

When next you hear a non Igbo making uncomplimentary remarks against the Igbo, do not see him as a hater, see him as a Nigerian who has made little effort in discovering the resources in Igbo.

SOLUDOPHOBIA: HOW THE COOKIES CRUMBLED FOR THE OPPOSITION Joe C. Anatune