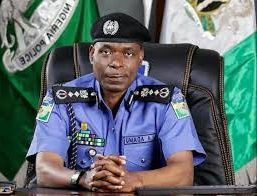 The officer, Inspector Peter Ebah arrested a lady at Saakpenwaa checkpoint located at Tai Local Government Area of Rivers State for not wearing a face mask.

According to Mr. Nnamdi Omoni,the Rivers State Police Command spokesman who confirmed the story, the apprehended suspect was taken to a guest house for detention where the officer allegedly raped her till day break when he then let her go.

News Agency of Nigeria [NAN] said that the Command had launched a full blown investigation into the rape allegation by inviting both the victim and the police officer and his team during the incident.

The Command spokesman said, ”The parties have provided useful statements to investigators. They were invited on Thursday and the matter is being investigated by detectives at the State Criminal Investigation Department [CID]. The officer was detained immediately after giving his statement,” Mr. Omoni disclosed.

He assured members of the public that justice in the matter would be served at the conclusion of the investigation.

The raped victim had during her arrest raised an alarm in a text message saying, ”I have been taken to a guest house just because of N100 face mask. I can’t believe this is happening to me. He wants to sleep with me. I am dying. He wouldn’t let me pick my call. He threatened to seize my phone.”

NGO MOBILIZES ONE MILLION TO PLANT MILLIONS OF TREES.