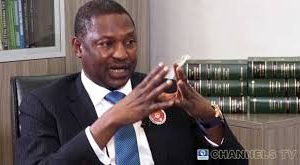 The Court in UK has granted Nigeria a relief of $10 billion fine awarded to her in the case with P&ID.

The case is between Nigeria and Process and Industrial Development P&ID. On January 31, 2017 a ruling by a tribunal was entered against Nigeria for damages.

The ruling was in favour of P&ID and Nigeria was sanctioned to pay P&ID the sum of $6.6 billion as well as pre and post-judgement interest at seven percent. It was this amount that was estimated to be $10 billion.

Granting the relief, Ross Granston, a judge of the Business and Property Courts of England and Wales, granted an application for an extension of time and relief for sanctions.

With this positive development, the case would either go back to arbitration based on the new evidence or both parties would then settle out of court.

Delivering the judgement, the Judge said, ”It is not my function at this preliminary state to decide whether a fraud took place. However, it has been necessary to consider a considerable amount of the material case of fraud and show strong that case is, and secondly, the step Nigeria took to investigate the alleged fraud from late 2015.

”Both matters are relevant to the issues of whether time should be extended in its favour and relief from sanctions granted.”

P&ID was alleged to have entered into a gas supply and processing agreement with Nigeriain 2010. It claimed that Nigeria breached the terms of the contract, therefore it took legal recourse and secured an arbitral award against Nigeria.

It was this judgement that Nigeria has successful turned and got a court clearance to request for documents from the plaintiff, and could now review the bank statements of the former President Goodluck Jonathan, Diezani Alison-Madueke and Rilwan Lukman who were former Petroleum Minsters then. Nigeria had approached the case by telling the Court that the contract was awarded on illegal terms. The nation’s lawyers told the Court in July that PID officials paid bribes to get the contract.

WHEN HEAVEN CLAPS FOR YOU