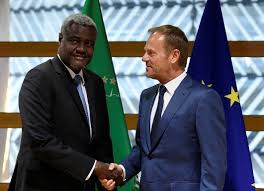 As the European Union prepares for the 6th African Union-European Union summit (AU-EU Summit), set to take place in Brussels in October, European leaders should wake up to the tragic reality unfolding beyond the Mediterranean sea.

For the past few years, Nigeria has been plagued by relentless violence and acts of terror, threatening the livelihood of thousands of its inhabitants, while the world and the Nigerian government itself choose to look the other way.

The scale of this major societal conflict, occurring amid global indifference, is worryingly reminiscent of the Rwandan genocide, setting a potentially comparable scenario on the horizon.

Killings of innocent people have become a daily reality in Nigeria, particularly for ethnic and religious minorities.

The numbers are startling, as for the month of July 2020 only, the International Organisation for Peacebuilding and Social Justice (PSJ) counted no fewer than 270 persons killed, 156 abductions, 90 persons forced out of their homes, and 72 injured.

According to the most recent estimates, in the last 20 years, 43,000 Nigerians people have been killed by terrorist group Boko Haram and another 19,000 by Fulani extremists.

Conflicts over land-use have occurred for years, however in the last 10 years the issue has been exacerbated by radicalised religious undercurrents, as well as environmental factors including drought, biodiversity changes, and climate change.

National and international media coverage meanwhile centres around Boko Haram’s atrocities in the region. Unfortunately, they are not the only active terrorist group in the country.

The unrelenting campaigns of violence from Boko Haram and other armed groups targeting Christian and ethnic minorities in north-eastern Nigeria have created a humanitarian crisis leading to more than 2.8 million internally displaced persons (IDPs), according to UNHCR last update in July 2020.

Targeted communities have been forced to leave their homes, farms and land to escape attacks by Fulani militants, left without resources in a state of absolute vulnerability.

More than seven million people in that region are in urgent need of life-saving assistance, including food, healthcare, and water.

Particularly in IDP camps the state of healthcare is dire, with acute malnutrition and high mortality rates afflicting those trapped there.

While Christians are by no means the only victims of these atrocities, the Christian minority has found itself targets of the violence.

It is estimated that since 2015, over 6,000 Christians have been murdered by jihadist groups or have died at the hands of Fulani extremists.

Meanwhile, President Muhammadu Buhari’s persistent silence is further encouragement to Fulani extremists to pillage and occupy land and to kill anyone who resists.

The government’s response to most incidents reinforces the Fulani as a group of attackers that need not fear criminal repercussions.

If Nigeria were to crumble from this internal turmoil, it would without a doubt destabilise the region as a whole, and a ripple effect would be felt all the way to European shores.

As the European Commission of president Ursula von der Leyen aspires to play a geopolitical role, it is time the EU holds the Nigerian government accountable for its failure to act, which currently puts its population at risk, and may in the near future lead the country to irreversible tragedy.

Though the European Parliament voted on a resolution on Nigeria in January 2020, calling on the EU to “strengthen conflict mediation, resolution, reconciliation and peace-building mechanisms with regards to the farmers-herders conflict”, the EU has yet to scale up its commitment to human rights protection in Nigeria.

As EU leaders meet with African Union representatives to negotiate a renewed partnership between our two continents, now more than ever the Nigerian massacres should be front and centre at the negotiating table.

On the European side, the EU has laid out its vision for this new partnership in its March 2020 communication on the EU-Africa strategy, which identifies peace and governance as a priority partnership area.

Rightly so, the EU aims to strengthen cooperation on democratic issues, which include support for civil society organisations and human rights defenders, as well as diplomatic efforts where tensions are the highest.

Disappointingly however, the EU didn’t identify Nigeria as a priority region, even though the situation on the ground is dire, and worsening with each passing day.

A possible way forward could be to extend the G5 Sahel dialogue to tackle the Nigerian situation by joining forces with those neighbouring Sahel countries.

Particularly since the Fulani and Boko Haram completely ignore borders and move easily from one state to another, allowing the situation to develop into an international security crisis.

The humanitarian situation in Nigeria and the sub-Saharan region is at breaking point, and the local government must finally take responsibility for the protection of its citizens.

As the people of Nigeria call out for support, it is for the EU to prove that it can be the partner it has promised to become, providing the necessary humanitarian aid, and using all means possible to put pressure on local entities to combat these issues.

The silent slaughter of Nigerians has been going on for too long, and Europe can no longer turn a blind eye.

Abdallah Baikie is a spokesperson of the International Organisation for Peacebuilding and Social Justice, based in Lagos, Nigeria. Source: DIASPOINT 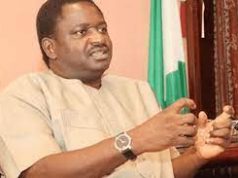 BREAKING… CONFUSION IN ANAMBRA TOWN AS NEW IGWE IS CROWNED, OLD ONE SUSPENDED.

BORDER POROSITY AND BOKO HARAM AS A REGIONAL THREAT.