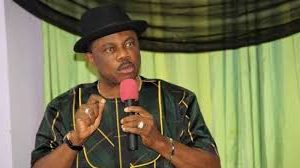 There is now an alleged influx of strangers in some towns in Anambra State.

Chairman of Anambra Viglante Supervisory Committee, Onwa Ikechukwu Ayo Aduba disclosed this on Sunday saying that though the rumour had not been confirmed but that he was calling on everybody to be more vigilant especially in this ember month.

Mr. Aduba, who was a Commissioner of Police said in the statement that ”Anambra Vigilance Group (A. V. G.) wishes to inform the general public about the need for heightened vigilance in all parts of the State. A suspicious but unconfirmed mass movement of stranger elements purported to be Northerners was reported around Amawbia, Agulu, Nise and Adazi axis.

The former CP therefore warned Vigilance Groups in the areas and other communities of the 179 to be put on red alert and to verify and confirmed the report. He advised them to collaborate with the Nigeria Police Force and sister security agencies to secure their areas from now till end of the year.

The former CP Aduba noted that crimes seem to experience upsurge in the period before Yuletide and New Year celebrations. He said A. V. G. over the years would beef up security in their areas. He said that such measures were to ensure that Anambra remained one of the safest states in Nigeria and most foreign and local investment friendly.

He therefore called on the road traffic authorities namely Anambra State Traffic Agency (ASTA), the Federal Road Safety Corps, Nigeria Police and Ocha Brigade to curb the use of motorbikes to flood stranger elements into the State as the use of Okada in urban centres and carrying more than one persons had been outlawed.

He equally reminded them that it is against the Land Use Act for any individual to sell land, especially to cattle rearers or stranger elements without obtaining permission from the State Government first and foremost.