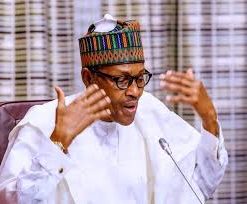 “The Coalition for Revolution is calling on all Nigerians at home and in the Diaspora to come out en masse on, October 1, and participate in a massive peaceful protest to demand the reversal of anti-people policies implemented by the President Muhammadu Buhari-led administration.

“These harsh policies that have bored a burdensome hole into the pockets of the Nigerian people are coming at a time when citizens are recovering from the adverse effect of the COVID-19 pandemic, a global health crisis that was also mismanaged by the Buhari Government, plunging already struggling citizens into deeper financial problems.

“It also comes at a time when there is an unprecedented dictatorial-style crackdown on free speech, dissent, activism, journalism and the right to associate and congregate peacefully and protest.”

The above were the views of the Coalition for Revolution codenamed RevolutionNow while it announced a worldwide protest scheduled to take off on October 1, 2020 the day the nation will be marking her 60th year independence anniversary as a sovereign state.

The group said it was mobilizing all Nigerians to protest and demand action on the reversal of the hike in the price of petrol from N151 to N148; an end to state-supervised and approved impunity under the watch of Buhari; and the sacking of all service chiefs for failing to deal with the insecurity problem.

According to Punch report, the group allegedly called for an end to the disappearance of government critics and extra-judicial killings by law enforcement officers who are supposed to protect and serve the Nigerian people.

Other areas the group called for a attention included the the electoral processes where it wanted reform and the introduction of Diaspora voting before the 2023 general elections.

MAGU AND THE ABUJA POWER GAME.

HOW 1,421 NIGERIANS WERE HACKED TO DEATH IN SEVEN MONTHS.