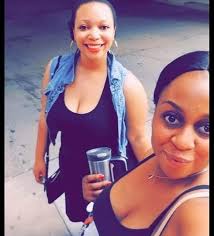 Two daughters of the Deputy Minister of Defence of Malawi have been shot in South Bend, India, United States of America by a jilted lover of one of them.

Noria Sendeza and her sister Mundi Sendeza were shot by her former boyfriend, a 37-year-old Kalekeni Lindeire who is also a Malawian. The two sisters were studying in America.

On receiving calls after shots were heard fired in the area of Hickory Village by 3 p. m. on Friday, the police in South Bend, Indiana, rushed to the place, according to The South Bend Tribune newspaper.

They found Noria and her sister, Mundi, in an overturned car in the 3600 Block of E. Edison Road, and rushed them to hospital where Noria was pronounced dead, according to a release from St. Joseph County Metro Homicide Unit.

Mundi, her sister, was treated for a non-life threatening gunshot wound and discharged later in the day. Lindeire was alleged to be angry after Noria broke up with him.

He has been arrested by the police and charged for murder and attempted murder, and held in the St. Joseph County Jail without bond.

Their mother, Jean Sendeza, a Deputy Minister of Defence in Malawi, said that she desperately wants the remains of her 29-year-old daughter, Noria, repatriated from America for burial in Malawi.

The bereaved mother disclosed that the deceased daughter informed her about the irreconcilable differences she was having with the boyfriend – a 37-year-old Kalekeni Lindeire, a Malawian, citizen about two weeks earlier.

”When I learnt about these disagreements, I advied her and Mundi to report the matter to police, and they did twice. She told me that the boyfriend was abusive, could beat her up and all that. I don’t like this,” Sendeza narated.