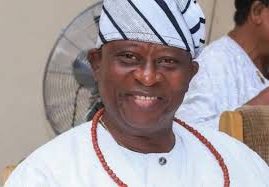 Mr. Kenneth Gbagi, the owner of Signatious Hotel, Effurun, Delta State, has been declared wanted over alleged assault and inhuman treatment meted out on some male and female staff of his hotel.

For failure to honour an invitation, Delta State Plice Command, has on Wednesday, declared Mr. Gbagi, who was a Minister of State for Education, wanted.

In a statement by the Public Relations Officer of the command, DSP Onome Onovwakpoyeya, the action to declare Gbagi wanted was as a result of alleged failure to honour invitation by the Police over the incident.

According to DSP Onovwakpoyeya, the Commissioner of Police had on September 25, 2020 extended invitation to Gbagi through  the Area Commander Warri and DPO Ebrumede Division for questioning concerning the allegations that he allegedly got the staff of his hotel stripped naked and physically assaulted due to an alleged stealing.

Kenneth Gbagi was alleged to have personally and severally called and gave an excuse that he had a burial ceremony of his elder sister on Friday 25/9/2020 in which he was a key player. He reportedly asked for time to finish with the ceremony on Sunday, thereafter would report at the State Headquarters on Monday September 28, 2020. These requests were granted on humanitarian ground.

“On Monday September, 28, 2020, Kenneth Gbagi called the Commissioner of Police to say that he had a court case to attend to, promising to report at the Police Headquarters in Asaba by 3:00pm; again he was equally obliged.

“On the same date, the Commissioner of Police had to call him at about 5:00pm before the same Kenneth Gbagi said he was on his way to the State HQ Asaba. Sadly and unfortunately Kenneth Gbagi still failed to report instead he went into the public space to disparage, blackmail and maligned the person of the Commissioner of Police and the Nigeria Police Force, Delta State Command for insisting on investigating him,” the statement read.

It added that having failed to honour his promises, the command was compelled to declare him wanted.

“Therefore members of the public with useful information as to his whereabouts are advised to go to the nearest Police Station to report for his immediate arrest and handing him over to the Command for thorough investigation/prosecution,” it stated.

It would be recalled that a group of activists under the aegis of Young Nigerian Rights Organisation (YNRO) protested and condemned the alleged stripping of four staff of the Hotel over alleged missing N5, 000.

The activists who protested against the alleged dehumanising treatment meted out to the workers, marched on major roads with placards bearing such inscriptions as Human rights under attacks in Delta State; We say no to bad justice in Nigeria,” Federal Government, Nigerian Lawyers and other well meaning individuals should assist the victims to get justice .

Their spokesman, Mr. Victor Ojei disclosed that the hotel proprietor allegedly ordered the arrest of his workers after stripping them naked for stealing N5, 000 belonging to the hotel.

”We are here today (Tuesday 22/09/220) to protest the dehumanizing of human rights of four workers of Signatious Hotel in Effurun, Warri, over missing N5, 000. We are saying no to bad justice in Nigeria.

”Three females and one man were held hostage, strpped naked in the hotel room, photographed and put on video cameras by the management of the hotel . Last Friday, the management of the hotel stripped the lady and others naked, filmed them in the presence f the police at gun point. Cash was also withdrawn from the victims accounts through their ATM cards before the police bundled them into a waiting van,” the protesters said.

The hotel management denied the allegations. The spokesman of the hotel, Mr. Egba Ederoghene explained, ”We wish to categorically state at the no time did Gbagi subject any staff of the hotel to such humiliation as he is presently bereaved and occupied with preparing for the funeral of his sister who passed away recently.

”The management also wishes to use this opportunity to inform the public that the workers in the pictures are part of a malicious conspiracy by some political detractors to bring Gbagi’s characters to disrepute. This wouldn’t be the first time on attempt has been made to smear the character of our chairman for whatever reason.” he defended his boss who was said to be nursing a political ambition of contesting for governorship of Delta State.

INSECURITY: WHEN NOT TO NEGOTIATE WITH BANDITS

NIGERIA: A NATION OF VIOLENCE.

PROMOTION OF POLICE OFFICERS: NDIGBO UNDER SIEGE OF SECURITY THREATH – OHANAEZE CRIES OUT