This is a Supreme Court ruling of 1983 over the ceding of the Ukwa area to Rivers State from the Old Imo State.

In the entire document, nothing like Oyigbo or Oyibo as oga Asonumaka George Wakama claimed, existed.

From my understanding reading this ruling, this area has always been engulfed in conflicts.

Special attention should be paid to the reasons the Supreme Court Justices, especially Justice Obaseki gave.

In The Supreme Court of Nigeria

ATANDA FATAYI-WILLIAMS Justice of The Supreme Court of Nigeria

GEORGE SODEINDE SOWEMIMO Justice of The Supreme Court of Nigeria

MOHAMMED BELLO Justice of The Supreme Court of Nigeria

ANDREWS OTUTU OBASEKI Justice of The Supreme Court of Nigeria

KAYODE ESO Justice of The Supreme Court of Nigeria

MUHAMMADU LAWAL UWAIS Justice of The Supreme Court of Nigeria

SOWEMIMO, J.S.C. (Delivering the Leading Judgment): In this action the plaintiff claims:

i. A declaration that the authority to exercise legislative, executive and judicial powers in or over the villages of Obunku, Ayama Umuosi, Egberu, Okokoma Afam Uku, Afam Nta, Mgboji, and Obeakpu, (in the Unilhueze 1 Local Council Area) and Umuagba, Okpontu, Maraihu Azuogu and Obete (in the Umuokobo Local Council Area) is vested in the Government of Imo State of Nigeria to the exclusion of the Rivers State of Nigeria;

iii. An Injunction restraining all officers agents and servants of the Government of Rivers State from exercising legislative, executive or judicial powers in or over any of the villages mentioned under items (i) and (ii) above;

v. A declaration that the Ukwa Local Government established by the Imo State Local Government Edict No. 20 of 1976 is the proper lawful authority to exercise the powers and functions conferred by law on local governments in or over the villages mentioned under items (i) and (ii) above;

vi. An injunction restraining all other persons or authorities established by law in force in Rivers State from exercising any powers or functions in or over the villages mentioned under items (i) and (ii) above or any of them.

Pleadings were exchanged and evidence was called by both parties.

For the plaintiff the Governor of that State was one of the witnesses who have evidence. His Excellency became Governor of Imo State on 1st October, 1979.

Before then Imo State, which was created in 1976, was under Military Administration until 30th September, 1979.

On the defendant’s side, the Military Administrator, who was in control of the Administration of Rivers State up till 30th September, 1979, gave evidence for the defendant.

Several documents were tendered by both parties. Some of the other witnesses who gave evidence on either side were, in the main, merely technical witnesses, in short, all that they had to do was either to tender plans, or official documents of the former Military Administration relating to the boundaries of the two States.

The case of the plaintiff was based principally on what constituted the area known as Ukwa Local Government under the Imo State. The defendant, on the other hand, claimed that certain areas of Ukwa, mainly Ndoki and Asa, which were formerly in the East Central State, from which Imo State was excised, were merged with the Rivers State as a result of the decision of the Military Administration, following the reports of the Irikefe Commission on Creation of States, and the Nasir Commission Report on Boundary Adjustments.

For the purpose of this case, it is not necessary to deal in detail the constitutional history of Nigeria. I shall however mention in general the relevant Orders in Council and Constitutions.

This is for the purpose of setting out the constituent units of the country. Before 1951, Nigeria was ruled under a unitary government with a Governor at its head. For administrative purposes it was divided into Eastern Provinces, Northern Provinces, Western Provinces with the then Southern Cameroons and Lagos. By an order made under the Nigeria (Constitution) Order-in-Council 1951, No. 47 of 1951 and Public Notice No. 118 of 1951, the Provinces were changed into Regions with Southern Cameroons administered with the Eastern Region and Lagos as a Federal Territory.

Lagos remained as a Federal Territory and was treated as a region for administration purposes and as capital of Nigeria. Nigeria became an independent sovereign state by virtue of Nigeria (Constitution) Order in Council 1960, No. 1652, Legal Notice No. 159 of 1960. The boundaries of the constituent regions remained the same. The Constitution was replaced by the Constitution of the Federation in 1963, by which the country became a Republic.

A new region excised from the Western Region, was created and this was the former Mid-Western Region, which became what is now known as the Bendel State. Throughout all these periods, except for minor adjustment of boundaries, where small areas were excised from some regions, the original boundaries which were formerly provinces, and later divisions remained unaltered.

Local governments were created in the regions. In January 1966, military administration took over the government of Nigeria. By virtue of the States (Creation and Transitional Provisions) Decree No. 14 of 1967, the Federation of Nigeria was divided into twelve states viz six states out of the former Northern Region, three states out of the former Eastern Region, Western and Mid-Western Regions remained unaltered and Lagos remained the capital.

In 1976, by Decree No. 12, the Federation was further divided into 19 States by virtue of states (Creation and Transitional Provisions) Decree 1976. It is significant that whilst Ukwa remains as part of Imo State, the following areas, Tai Eleme, Bori, Okrika and Bonny were made parts of the Rivers State. This would be shown later as the reason behind the remarks quoted in the Government White Paper of 1976 which will be referred to later in dealing with other areas of Imo State, its constituent included inter alia:
“Part of Ukwa”

The case of the plaintiff is that by construction of the Constitution of 1979, which came into operation on 1st October, 1979, Ukwa Local Government Area still forms part of Imo State. Historically, Ukwa comprises of Ndoki and Asa County Council Areas and these areas, the subject of the claim, comprised all the 17 villages named in the first and second claims. All of them are now merged with the Rivers State.

When Imo State was created in 1976, out of the former East Central State, which area originally was part of the Eastern Region of Nigeria (better called Eastern Nigeria) the territorial area called Ukwa, fell within the Imo State. The whole of the Ndoki County Council and ASA County Council were therefore in Imo State.

Learned counsel, therefore, contends that so far as the present Constitution is concerned, the area of Imo State has never been split, nor, was any of the areas merged with the Rivers State. He then referred to an area called Otega in the constituent local government areas of the Rivers State, and submitted, that this did not mean or constitute any known geographical area.

The defendant, on the other hand, contended that when Imo State was created in 1976, it was only “part of Ukwa” that formed part of the areas within that State.

This was what the Federal Military Government accepted and approved, and thus, therefore, the question which remains for consideration is what part of Ukwa has been excised. May be it is relevant to quote this comment of the Federal Military Government dealing with Rivers State in paragraph 92 which reads inter alia:
”The Panel’s other recommendations should also be accepted that the Rivers State should remain as it is subject to the minor boundary adjustment proposed”.

The Nasir Boundary Adjustment Commission was later appointed and its recommendation under “The Ndoki Areas in Rivers State, Cross River State and Imo State” was published in the White Paper titled, “Federal Military Government’s Views on the Reports of the Boundary Adjustment Commission “. Paragraphs 6 and 7 are relevant. They read:
“6. The Ndoki Clan straddles three States Imo, Rivers and Cross River – with the bulk of the Clan living on either side of the Imo River in the Imo State.

The Commission found that the Ndokis have consistently been treated as a minority. The bulk of the people living south of the Imo River were more inclined to accede to the Rivers State but the creation of the Imo State appeared to have changed several minds in favour of remaining in Imo State;

The commission accordingly recommends that the Imo River should be the boundary in this area between the two States”.

It is therefore clear, that the Federal Military Government, in accepting this recommendation, decided, that the Imo River should form the natural boundary between Imo and Rivers States in respect of such part of Ukwa that is, Ndoki areas, as fall within the Rivers State.

On examination of all the plans tendered in this case, all the 17 villages of Ndoki and Asa fall within the Rivers State south of the Imo River. Imo River has never formed a boundary between Imo and Cross River States. Plaintiff has submitted that under Edict No. 8 of 1976, which established the local government of Rivers State, there were only 9 spaces provided in the Schedule for the local governments to be created within that State.

Learned counsel therefore contended that the creation of the 10th local government was ultra vires. This point can easily be dismissed; there is no provision, whatsoever, in the Edict limiting the number of local government areas that can be created under the Rivers State Local Government Edict.

In the 1979 Constitution in the First Schedule, Part 1, there is set out the 19 States of the Federation. In the second column, setting out the areas under Rivers State, is the 10th local government area, named Otega. 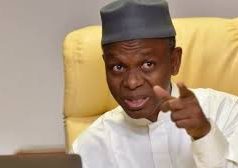 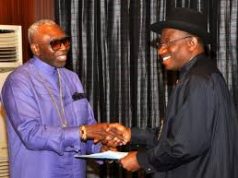 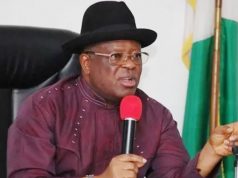