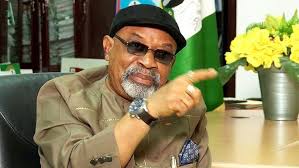 IPPIS is an acronym for Integrated Payroll and Personal System. The IPPIS Secretariat is a department domiciled in the Office of the Accountant General of the Federation (OAGF). The IPPIS project, which commenced in 2007, is responsible for payment of salaries and wages directly to the bank accounts of Federal Government employees. IPPIS also appropriately deducts and remits third party payments from the salaries of Federal Government workers. Some of these third party deduction channels are; Federal Inland Revenue Service (FIRS), State Boards of Internal Revenue (SBIR), National Health Insurance Scheme (NHIS), National Housing Fund (NHF), Pension Fund Administrator, Cooperative Societies, Trade Unions Dues, Association Dues and Bank Loans.

It means that if you are a federal employee enrolled on the IPPIS, your tax or housing fund is deducted from your salary before the salary hits your account. There are currently about 459 MDAS (Ministries, Departments and Agencies) on the IPPIS platform. IPPIS processes and pays the salaries of over three hundred thousand (300,000) Federal Government employees across the 459 MDAs. Think of IPPIS as a platform controlled by the government and one that integrates and harmonizes payments of federal employees.The IPPIS says it has been able to weed out ghost employees from the payroll through its technology driven processes.

WHAT DOES BUHARI MAKE OF IPPIS?

President Muhammadu Buhari, who won a first term in office on the back of his vaunted anti-corruption and security credentials, loves the IPPIS. It was after all on Buhari’s watch that all government revenues were harmonized and channeled into one account called the Treasury Single Account (TSA). Any tool that promises to curb corruption was always going to get the President’s vote.

So it was no surprise when on October 8, 2019, as he presented the 2020 budget proposal before lawmakers, President Buhari vowed that any federal employee not captured on the IPPIS should forget receiving a monthly salary, beginning from October 2019. President Buhari says no IPPIS, no pay for federal workers (Presidency) ASUU members and all federal university lecturers belong in the bracket of individuals on the Federal Government payroll.

“We shall sustain our efforts in managing personnel costs,” Buhari began. “Accordingly, I have directed the stoppage of the salary of any Federal Government staff that is not captured on the Integrated Payroll and Personnel Information System (IPPIS) platform by the end of October 2019. “All agencies must obtain the necessary approvals before embarking on any fresh recruitment and any contraventions of these directives shall attract severe sanctions,” the President warned.

LECTURERS GO UP IN ARMS.

President Buhari’s directive has not been well received in the offices of lecturers. ASUU, which is led by Prof. Bidun Ogunyemi, views the enforcement of the IPPIS as it relates to lecturers, as an infringement on its autonomy.

Ogunyemi has also called IPPIS a scam and a threat to national security.“The IPPIS is not a home-grown initiative, rather it is a prescription of the World Bank, which ultimate consequence is to create anarchy and therefore, retard the growth and development of Nigeria,” Ogunyemi told Senate President Ahmad Lawan and a handful of other senators. .

“The system does not, for example, capture the remuneration of staff on sabbatical, external examiners, external assessors, and Earned Academic Allowances. It does not address the movement of staff as in the case of visiting, adjunct, part-time, consultancy service, which academics offer across universities in Nigeria,” Ogunyemi said.

Ogunyemi added that implementing the IPPIS would mean asking lecturers to make the trip to the capital city of Abuja for physical biometric data capture, should lecturers not be available when IPPIS personnel visit schools for the capture.

“The implementation of IPPlS in Nigerian Universities will further localise their operations and perspectives, thus negatively impacting their ranking in the global academic community.

“For example, the promotion exercise in the Professional Cadre, which is subject to external assessment that may last for several months; in such cases, when the outcome of the exercise is returned positive, the beneficiary is paid arrears from the beginning of the assessment process. But this cannot be captured by IPPIS.

“Technically speaking, IPPlS is a scam. It creates more problems than it pretends to solve. The IPPIS system only recognises staff members that are on permanent and pensionable appointments.

Entrance of the University of Lagos (Punch)

“The IPPIS restricts the ability of universities to employ much-needed staff at short notice. Such staff, when recruited, may not be paid until cleared by the Office of the Accountant General of the Federation (OAGF), thus creating avenues of corruption. The dynamism associated with staff recruitment will become cumbersome with the introduction of IPPIS,” Ogunyemi said.

He added that IPPIS will not allow for deductions from staff salaries arising from legally sanctioned union and cooperative society activities. “This will directly infringe on the constitutionally guaranteed fundamental right of staff to association,” explained Ogunyemi.

VIEWS FROM THE OTHER SIDE

Pulse spoke to two Assistant Lecturers who are excited about the IPPIS coming to the university payroll system.

“Those of us who are younger and junior lecturers love IPPIS and we want it. The university always makes funny deductions from our salaries and we have been grumbling about that for years. Now, with the IPPIS, they won’t be able to do that because our salaries will hit our bank accounts straight from the federal account.

“ASUU is protesting because the association is made up of the big boys who steal from salaries of junior lecturers. We don’t want the federal government to bow to their pressure, please,” one young lecturer in one of the country’s federal universities, tells Pulse.

A former Director in the Bureau of Public Service Reforms, Dr Joe Abah, says ASUU’s hardball over the implementation of the IPPIS makes no sense.

“President Buhari is paid from IPPIS, as are judges. IPPIS hasn’t fixed their retirement age at 60 years. The military is on IPPIS. They have allowances and foreign duty. But let’s continue to be held hostage by ASUU and to prioritize political interest over national interest.

“The government should use the ASUU rejection of IPPIS as a starting point to the dismantling of the unworkable system of managing tertiary education in Nigeria. No employee should be able to dictate to their employer the payment system the employer should use. Enough is enough!”, Abah fumes.  Source: Pulse Nigeria 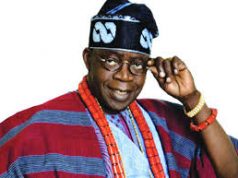 RACE FOR 2023: SURVIVAL OF YORUBA IN A DEEPLY DIVIDED NIGERIA AMIDST BUHARI’S FULANISATION AGENDA 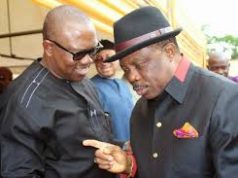 APC HAS PLANS TO DERAIL THE EDO GUBER ELECTION-PDP.