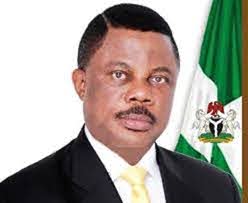 Onah Onah
The Anambra  State Commissioner for Works Hon Marcel  Ifejorfor has said that Anambra  State never stopped road construction of Federal  road in the State. He said roads  in Nigeria  were divided  according to  the ownership and  the law states that before any  works in the Federal  road it must be approved by the Federal Ministry of Works. It must also be done according to the Federal standard  and specifications and there are also standard on State and Local government roads.The Commissioner further  explained that  there was a misinformation about a construction of a particular  road by one Toshel Construction Company in Nnewi  without due approval from the Federal Ministry of Works or even a notice to the State government. The State Government appreciate Ndi Anambra to come and assist in building roads and provide other infrastructures and amenities in Anambra State.

The Commissioner said  no state government could do all roads in the State. Anambra has over 188 communities with industrial towns  scattered all over the three senatorial zones of the State  with its attendant heavy duty vehicles influx on daily basis. He  also mentioned several roads under construction which included the 100 foot road in  Nnewi, the Sacamory in Onitsha, Obodoukwu and many others in rural communities.

STILL ON CBN ACTION ON FBN

EXPLORING THE HIDDEN PLEASURE OF NATURE.