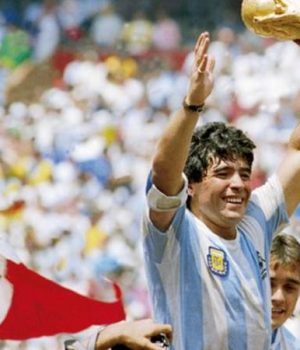 Diego Maradona, a football legend and one of the greatest players of all time, has died at the age of 60. He died of a heart attack at his home in Buenos Aires, Argentina. Before death finally cornered him, the former Argentine attacking midfielder and club manager had a successful surgery on a brain clot earlier in this month. He was was given to alcohol and was to be treated for its dependency before he gave up the ghost. The flawed football icon was captain when Argentina won the 1986 World Cup, scoring the famous ‘Hand of God’ goal against England in the quarter-finals. Late Armanda Diego Maradona played for Barcelona and Napoli during his club career, winning two Serie A titles with the Italian side. He started his career with Argentinos Juniors, also playing for Sevilla, and Boca Juniors and Newell’s Old Boys in his homeland. In his 91 appearances for his country, Argentina, he scored 34 goals and appeared in World Cup tournament four times, which is a period of 16 years.

In 1990, Maradona led his country to the final in Italy, and Argentina was beaten by West Germany. In 1994 World Cup held in America, he was again the Argentine captain but was sent home after failing a drugs test for ephedrine.

People, especially those in the round rather business have been reacting to his demise. Lionel Messi, his fellow Argentine citizen and Barca F. C. forward reacted thus: “A very sad day for all Argentines and football. He leaves us but does not leave, because Diego is eternal. I keep all the beautiful moments lived with him and I send my condolences to all his family and friends.” Legend and ageless Pele of Brazil in his tribute to the fallen hero, wrote on his Twitter: “What sad news. I lost a great friend and the world lost a legend. There is still much to be said, but for now, may God give strength to family members. One day, I hope we can play ball together in the sky.” Cristiano Ronaldo, the Juventus and Portugal magic machine that never stops scoring, said: “Today I bid farewell to a friend and the world bids farewell to an eternal genius. One of the best of all time. An unparalleled magician. He leaves too soon, but leaves a legacy without limits and a void that will never be filled. Rest in peace, ace. You will never be forgotten.” 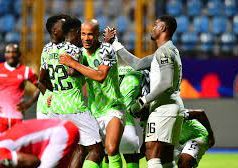