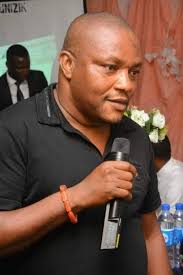 The Centre for Criminal Justice Reform and Citizen Awareness – CJRCA (Incorporating The Criminology institute of Nigeria), has commended Intersociety for earning its ”pride of place in the comity of human rights organizations (both at home and abroad) and should be accorded that respect.” In a press statement signed by Dr. Barr. Paul David Chukwudi Obianaso, Chief Consultant Criminologist, Security & Counter Terrorism Expert, DG & BOT Chairman, CJRCA, and made available to The NationGuardNews.com, CJRCA observed that ”lntersociety has kept faith with its core mandate and has continued to deliver on its primary objectives and directive principles, as it were, in the midst of far reaching challenges and difficulties in an environment that is largely very hostile to truth, civility, decency and observance of basic norms of human decency.”

CJRCA disclosed that it had no direct or indirect contacts with any members of the lntersociety team over the years but has followed up on the activities and reports of the group (without their knowledge) and has independently verified or confirmed many of their reports and submissions and found them credible and authentic.

”We do these in the course of ‘our-behind-the-scene’ routine investigations, especially in gathering our data which constitute non State actor reports for Criminal Justice Statistics in Nigeria. We have absolutely nothing to gain by our commendation of lntersociety, except to uphold the truth and accord respect and honor to whom it is due. The hard work of lntersociety over the years has earned them our Commendation without their soliciting for it in any manner whatsoever.

”As a frontline and legally constituted Criminal Justice Reform & Citizens Awareness, non-governmental organization (NGO), with a very radical disposition and utter contempt for criminality —- to with: terrorism, corruption, extra judicial killings, corrupt elements, fraudulent practices by government actors and systems, money laundering, human and other sundry people’s rights abusers or violators; we find the work of lntersociety over the years, not only commendable but very exemplary.”

According to Dr. Obianaso, the efforts of Intersociety were particularly important in view of the precarious human rights situation in the South East of Nigeria. Praying that the labors of Intersociety would not be in vain, the CJRCA boss remarked that they were aware of detractors and paid agents of the State who would, from time to time attempt to smear the human rights crusader body and undermine its good works. He enjoined the Intersociety members to be encouraged as the agents would fail as they had often failed. ”Keep the flag flying. Your efforts are impacting the system and society at various levels,” he reiterated.

Established in 1995, CJRCA does not accept funding from private or public individuals, governments or organizations, both in Nigeria and outside Nigeria. It could, however, go into partnerships with very credible organizations she finds to be healthy in persuasion and principles, in line with her core values. The human rights group being aware that there are rogue elements, organizations and governments all over the world, members have been extremely very careful about those they engage, or commend over the years.

It has partnered with the Nigerian institute of Management (NIM), Nigeria Institute of International Affairs (NIIA), Nigeria’s National Assembly including the Senate Leadership under Senator, Dr. Chuba Okadigbo. The joint efforts made in that relationship led to what eventually became the EFCC Act. CJRCA also partnered with Department for international Development of the UK Government (DFID), the National Judicial institute and the National Maritime Authority (NMA) as it then was (under the leadership of Chief Arch Ferdinand Agu as DG), NAFDAC (under the leadership of Prof Dora Akunyili), among so many others. Partnership with them majorly centered on organizing specialist trainings, conferences and workshops on: Prevention of Corruption and Terrorism; Enhancing State & Private Security, Prevention of White Collar Crimes. We also conducted various critical but complex training programs on topical national and international issues and related others.

”Against the above background therefore, our commendation is intended to encourage lntersociety to continue with the good but very difficult job they are doing,”the consultant Criminologist said.