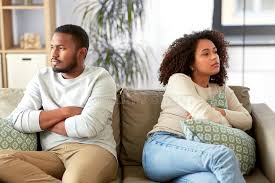 If I had known, I would not have played the American Visa Lottery. The lottery I played has put an indelible scar in my heart, causing me pains daily as I move closer to my grave. I am now 64 years of age. My undoing was the Visa Lottery I played in 2007. Prior to this time, all was well and going smoothly in our family. I had married my wife in 1985. We were blessed with three boys and a girl. The girl, Moyosore was our first child. She was born in 1986. The boys came thereafter in 1988, 1990, and 1994. My wife was a full-time housewife. She had everything at her request. A chauffeur-driven car, two house helps, and other conveniences were at her disposal.

I was a trained and accomplished electronic engineer and a senior management staff at the defunct NITEL. I travelled around the Nigeria. My assignments most times were between the Federal Capital Territory of Abuja and Owerri in Imo State. I however ensured that I was in Lagos at least twice a month to see my family. That was between 1986 and 1997. I retired in 1999 to start my own private company which continued to triumph to God’s glory. In 2007 I joined several other Nigerians to play the visa lottery of the United States. I was among the few thousands who won. I was happy, not because of myself but because of my two younger children who would have the benefit of automatic citizenship of America. My older children Moyosore and Aanuoluwapo were already schooling in Canada at the time. Hmmmmm.

One of the major conditions for granting the visa was blood screening, and conduct of DNA for beneficiaries’ dependants. I had submitted necessary documents, and made payments for our screening at the popular St. Nicholas Hospital on Lagos Island. We did the tests as recommended. The results were to be sent directly to the Embassy. I got a letter at a later date that I should present my passport and my wife’s for visas. On enquiry, they said the kids I presented weren’t mine.

I almost lost my sanity! My kids weren’t mine? “Is that possible?” was my unending song. I found it difficult to comprehend. Because it happened close to my birthday celebration, I invited Moyo and Aanu home – under the pretext that they were coming to celebrate with me – and had their DNA carried out. Alas, only Moyosore was my authentic child! I became sick, and almost passed on. I was hospitalized for one month. I eventually lost the opportunity to complete the processing of the visas as I was no longer myself.

Of what need was the visa without my kids? When I got over the shock, I confronted my wife. She was mad at me. She called me unprintable names and said I was a failure. I kept my peace and moved on. The following week, I invited her to a friend’s party. On our way back I parked the car and pulled out of the road. She asked why, and I told her not to worry. I then raised the matter again. She rained abuses on me, and called me a drunk. At that point, I pointed a pistol at her side and threatened to kill her and dump her on the abandoned road. I showed her a copy of the DNA I got on Aanu, and the notification I received from American embassy.

At that point my wife became a parrot. She swallowed her pride and confessed. She said Aanu was fathered by David, a friend and colleague of mine who was more of a brother than a friend. We had been friends for almost 30 years. Tunde and Bidemi were sons of our house help Kingsley. Kingsley was from Benue. He worked with us for almost 15 years. I had noticed my wife’s special interest in him but never knew he was sharing her with me. It has been 10 years after the ugly incident, and revelation. I survived the shock but Adunni never!

She died two years after. She didn’t wait to tell the kids and sort out the problem and havoc she caused. Till date the children are unaware of my predicament. They are doing well. The last, Bidemi, now 23, is working in a multinational company. He graduated at 19. His two brothers and sister are also doing great overseas. Now I am 64. I have written my will again and again. I have deleted the names of the boys from my last will, even though I have not gathered enough courage to inform them that I am not their biological father. I have not told anyone either, and it is killing me day by day. Should I inform them all, or tell only my only daughter who is my only biological

ENUGU WOMAN CHAINED IN EBONYI BY HUSBAND REGAINS HER FREEDOM

THE ISLAMIC PERSPECTIVE ON DIVORCE