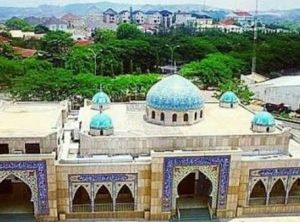 Q: I have frequently read what, according to Islamic teachings, a husband may or may not do in a dispute with his wife if he attributes it to disagreement with or misbehavior of his wife. I almost never read anything about the opposite situation: if the wife has a disagreement with her husband or he misbehaves. Things are nearly always told from the man’s point of view! What are the wife’s rights in the case of bad behavior of her husband?

A: Praise belongs to Allah the Lord of all the worlds. Blessings and Peace on the Messenger of Allah, and on his Family and all his Companions.

Allah ordered the believers to “consort with women in kindness” (4:19) and He said: “And of His signs are this: He created for you help meets from yourselves that ye might find rest in them, and He ordained between you love and mercy. Lo, herein indeed are portents for folk who reflect” (30:21).

A Wife’s Basic Rights Regarding Her Husband’s Behavior

NOTE: This is distinct from her other rights regarding living expenditures, housing, clothing, and education of children. And from Allah comes all success.

For the above-mentioned reason (i.e. to prevent the quickness of divorce), in his time, Ibn Taymiyya gave the ijtihad (juridical opinion) by saying that three talaqs in one sitting constituted only one. He did this to interdict the prevalent custom of suddenly giving three talaqs, which in his time was on everyone’s lips, (i.e. had become so commonplace as to be a habit). However the other four schools of fiqh had the opposite opinion in this matter.

These are only some of the basic duties of the husband in Islam. The state of marriage is part of one’s adherence to the Sunna and an exalted state of life indeed. In the words of the Prophet (s), it permits one to meet Allah “pure and cleansed” (tahiran mutahharan). One’s behavior towards one’s wife is the measure of the perfection of one’s belief as the Prophet (s) said: “The most complete of the believers in his belief is he who perfects his manners, and the best of you in manners are those who act best towards their wives.” Marriage must be approached with utmost seriousness, entered with the purest intent, and cultivated religiously as it does not come cheaply and it carries immense reward. The Prophet (s) called it “his way” (al-nikahu sunnati) and “half of religion” and he also said: “Two rakat (prayer-cycles) of the married person are better than seventy rakat of the unmarried.” He also warned that among the greatest of responsibilities that had been placed upon men is that pertaining to the treatment of their wives.

And may Allah’s blessings and peace be upon Muhammad,
his Family and all his Companions,
and praise be to Allah, Lord of the worlds. 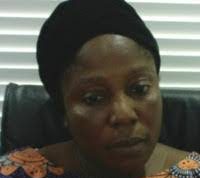 DANGER OF ENVY AND HATRED

MEET AN UGANDAN WOMAN WHO GAVE BIRTH TO 44 KIDS BEFORE 40 – YEARS.