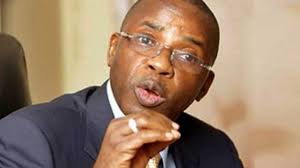 Chief Ikedi Ohakim, former Governor of Imo State, is poised to institute a contempt of court proceeding against Chief Uche Okwukwu who is the suspended Secretary General of Ohanaeze and Chief Richard Ozobu would they go ahead ahead with parallel elections for the Ohananeze Igbo. It would be recalled that Chief Ohakim had obtained a court order restraining both men and their agents from interfering with the elections of Ohanaeze Ndigbo executives by conducting parallel elections. “I hereby warn Uche Okwukwu and Richard Ozobu and anybody aiding and abetting them that I will not hesitate in initiating vigorous contempt proceedings against them should they take any further steps that amount to disobedience of this subsisting order of court,” Ohakim said while reacting to a statement credited to Okwukwu and Ozubu that they would go ahead with their plan of conducting parallel elections. He said that based on the court order, any action by the duo in that regards would amount to contempt of court.

Ohakim said if Okwukwu and Ozobu’s claim to have set up a timetable and schedule for parallel Ohanaeze elections turns out to be true, “such would – without more – amount to actionable contempt of court against them, their cohorts and all their confederates for the following reasons:

“On 5th January 2021, I brought a suit for injunction and other reliefs before the Imo State High, specifically praying the court to restrain Okwukwu and Ozobu from interfering with the said Ohanaeze elections or otherwise taking any steps towards conducting parallel elections.

“The suit and the related injunction were, as was ordered by the court, served by an advertorial published in The Sun of 6th January, 2021 (yesterday). The publication was intended to accomplish prompt notice to all parties due to the high urgency of the matter and to pave way for the Gary Igariwey-led properly constituted Electoral Committee to conduct the Ohanaeze elections without any let or hindrance.”