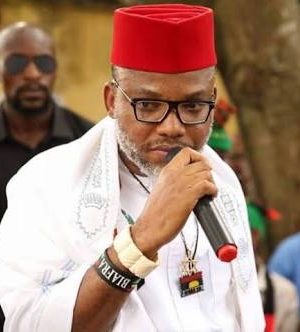 Prof. Madumere Chika’s Coalition of South East Professionals Network in Nigeria and Diaspora (CSEPNND) has continued its call on the President Buhari Government to repatriate leader of the Indigenous People of Biafra (IPOB) Mazi Nnamdi Kanu to face trial on alleged treasonable offences. Prof. Chika as the National President of the body and Mr. Anayo Uchemba being the National Secretary were reacting to a statement by Emma Powerful’s claim that Department of State Service (DSS) sponsored CSEPNND’s demand for IPOB’s leader repatriation. President Chika said  an attack on his person or group would not deter CSEPNND from clamouring for the extradition of Nnamdi Kanu.

In his reaction, Emma Powerful, while describing the repatriation request by Prof Chika and his team as laughable, claimed that IPOB was the greatest nightmare confronting the Buhari led Federal Government of Nigeria. He explained that the antics of CSEPNND were meant to distract the agitation for a Biafra nation.

“This same ineffective strategy has been tried in the past when they created their fake new- IPOB, IPOD, RENPOB, RENIPOB, SEXIPOB and other non-existent groups using fake Igbo names as signatories. They failed then, they will also fail again this time,” he explained.