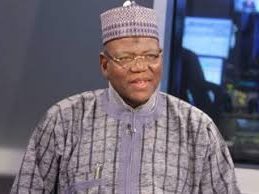 “Nigerians Should Blame S’West’ Foolishness, Not North, For Buhari’s Emergence As President And I Warned Tinubu”, Kazaure

The former Ambassador to the kingdom of Saudi Arabia, Senator Ibrahim Kazaure said that the North were being killed in their numbers every day because the country has a President who lacked capacity, and would never speak in matters that relate to the welfare of Nigerians.

Kazaure said, “The South West people who were responsible for the emergence of Buhari as President in spite of the warning from some of us that Buhari lacked the capacity to rule the country.”

“We have to very careful about saying things on insecurity. It is all over Nigeria but the problem of mentioning tribal names is dangerous.”

“I am Hausa and I have Fulani in my place, if you say the criminals are Hausa-Fulani, what about the Hausa-Fulani that are being killed every day.”

“When there is banditry in a country, we must be careful to say that Hausa-Fulani must leave a place, what if you meet those people who are not exposed? If they retaliate, it is not going to be good for the country. Some of the herdsmen have co-habited with their host communities for decades, some of them have even forgotten their languages.”

He said, “I know Buhari very well. He is my brother and his town is less than 20 kilometers from mine, but I did not support his emergence as President because I knew he would not be able to lead this country. A lot of us warned them, but they would not listen. I know Asiwaju Ahmed Tinubu very well and I warned him, but he would not listen”, he said.

”So hold Tinubu responsible for the current state we are despite warning from people that knew Buhari as an incompetent man.

‘Tinubu is blinded by his vaunted and inordinate ambition to succeed Buhari after 8 years in office, so he can as well sacrifice all of us Nigerians.”

DEMOCRACY DAY: Gov. ZULUM GIVING MUCH IN A SHORT TIME.