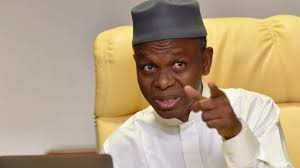 The death toll in Saturday’s attack by armed bandits in Gwaska Community, Birnin Gwari Local Government of Kaduna State has reportedly risen to 61.

Sources said more corpses were recovered in the surrounding bushes during a search for missing persons by members of the local vigilante group and security agents.

Meanwhile to forestall a recurrence of the incessant killings around the communities, President Muhammadu Buhari yesterday approved the establishment of a new Battalion of the Nigerian Army, and a new Police Area Command, in the area.

The President, according to a statement by his media aide, Malam Garba Shehu, strongly condemned the latest massacre of innocent Nigerians in the area.

The military in its ongoing onslaught against terrorists scored a major victory as the troops of the 22 Brigade, Borno State yesterday rescued about 1000 hostages captured by Boko Haram terrorists.

The rescue of the hostages was as a result of the combined efforts of troops in the North East, where the military have continued to engage the Boko Haram terrorists.

Meanwhile, the Kaduna State governor, Mallam Nasir El-Rufai on Monday visited Gwaska community to commiserate with the people over the killings.

Before proceeding to the village, El-Rufai visited the Emir of Birnin Gwari, Mallam Jibril Zubair II in his palace to commiserate with the traditional ruler over the killings.

”I came here to share the pains and anguish of our people, the predicament of innocent citizens whose lives were cut short due to the terrorism of bandits and criminals who have been tormenting us,” the Governor told the Emir.

He said the purpose of the visit was to console the people, see things for himself and talk directly to the people. He assured that everything was being done to end the killings.

“I want to say again, that we are not sleeping and by the grace of God we will overcome this evil act and the terrorism being unleashed on our people,” the Governor said.

In his response, the Emir commended the Federal and State governments for demonstrating the commitment to address the security challenges facing his people.

”The IG and the GOC were here and have confirmed the establishment of a Battalion of the army and Police Area Command. I am happy that you are going to Gwaska and other communities to see for yourself” the Emir said.

On arrival at Gwaska, the Governor was received by the community leader, Mallam Isa Musa who briefed him on how the attackers invaded his community. Musa disclosed that the attackers were heavily armed with sophisticated weapons and were not ordinary gunmen.

He said: “They came from different directions and encircled us shooting and burning our houses with impunity. We appreciate all your commitment but we wish to let you know that only full military action on both land and air can match these terrorists. They are mercenaries and marksmen. As you can see it is about seven kilometres to Dansadau in Zamfara State. We also share boundaries with Katsina and Niger states.

While commiserating with the community, El-Rufai assured that both the State and Federal governments were intensifying action to address the lingering problem of rural banditry. He promised that government will assist in rebuilding the affected communities and urged them to continue to be law abiding. 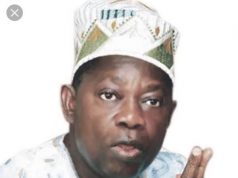 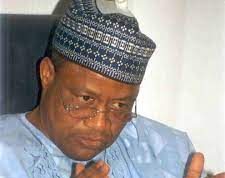 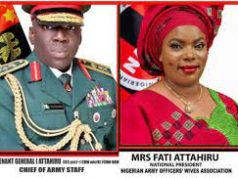 OVER MY DEATH WILL ODUDUWA, BIAFRA EMERGE AS NEW COUNTRIES, NIGERIA IS ONE – COAS ATTAHIRU (The Republican News.)

BALEWA’S FIRST SPEECH AS AS A PRIME MINISTER.

BANDITS KIDNAP PRIEST, WIFE OF CATECHIST, FOUR OTHERS IN KADUNA.