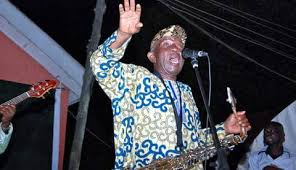 Christopher Ajilore, popularly called Pa Chris Ajilo, is dead. He passed away Saturday after a brief illness at the Wesley Guild Hospital Ilesa, Osun State, his state. The veteran highlife musician and producer died at the age of 91.

Ajilo, who was renowned for his hit tune, Eko Ogba Gbere, Ajilo, Eko Gba Gbere, Ariwo and Emi Mimo was the last of generation of veterans like Victor Olaiya, Bobby Benson and others that formed the Nigerian Union of Musician, the first guild for musicians in the country.

He was for many years a producer at Polygram Records now Premier Music. He produced several artistes including Osita Osadebe’s popular song, Osondi Owendi among others.