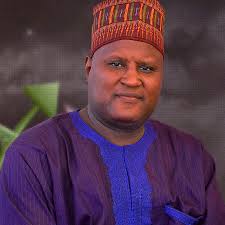 An accusing finger has been pointed to foreign Fulani herders in Nigeria as the cause of killings, rapping, maiming, arson, destruction of farms in the southern part of the country. The Sarkin -Fulani in Ogun State, Muhammad Kabir Labar disclosed this while reacting to the instruction issued by the Northern Elders Forum (NEF) that northerners in the southern part of the country return to north. Sarkin Fulani said that his office never received any directive from the Northern Elders Forum, to leave Ogun and move their cattle up North.

He however, expressed serious concerns over the clashes between farmers and herders in the State, which had claimed lives on both sides, while cattle and farms had been destroyed. Labar explained that of all the Southwest states, Ogun State remains the best location to carry out cattle rearing business. He blamed foreign herders for the killings, maiming, arson and wanton destruction that have occurred recently.

The Sarkin Fulani commended the Ogun State Governor, Dapo Abiodun, for his timely intervention, noting that move by the Governor prevented the recent crisis in Yewa North Local Government Area of the state from escalating and snowballing into a conflagration.
”The governor’s prompt intervention in the crisis doused the tension that had been rising on both sides and saved lives. Killings, no matter the circumstance, are detestable and can never be the solution to the issues at hand. We do not have to further aggravate the already tense situation by pandering to ethnic sentiments,” he added.
Labar said that various ethnic nationalities had been living as one in Ogun State for centuries with mutual respect for one another, noting that things would continue in that manner, as agreed at the stakeholders’ parley organised by the Ogun State Government, to find lasting solution to the incessant herders/farmers clashes.
While harping on the need to be wary of mischief makers trying to reap from the mindless cycle of bloodletting by fabricating casualty figures and losses on both sides, Labar said that efforts would be doubled to strengthen unity between herdsmen and the host communities in Ogun State.
“I call on the people and the media to exercise restraint in what is said and reported on the crisis as the State Government and the security services have demonstrated unwavering commitment to the safety of our lives and property.
“Already, we have seen the deployment of patrol vehicles, armed personnel and the political will of the governor to bring the situation under control. We thank him for his sincerity and commitment to restore peace,” Labar said.
He further noted that a conflict resolution mechanism would be put in place by his office, to ensure timely settlement of issues before they degenerate into situations capable of leading to a skirmish

AS QUIT NOTICE GIVEN TO HERDSMEN TO LEAVE OYO STATE EXPIRES, TENSION MOUNTS ON...