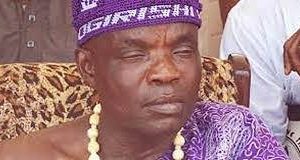 A member of Board of Trustee (BoT) of All Progressive Grand Alliance (APGA), Chief Rommy Ezeonwuka, has warned the members of the Party to avoid any form of movement or activities capable of undermining the winning formula being used by APGA to win elections in Anambra State ahead of the 2021 governorship election.

Chief Ezeonwuka who spoke while on assessment of the situation of things in APGA ahead of the governorship poll billed for November this year, observed that some members of the Party have embarked on movement and activities capable of reducing the chances of the party towards retaining the governorship seat at Agu Awka.

The Founder and Chairman of Rojenny Tourist Center, Oba who is popularly Ogilisi Igbo explained that “from the time of former Governor Peter Obi, APGA as a political party adopted a winning formula which had helped us to continue to win elections in Anambra State. The winning formula is that the Party always presented the most credible candidates known widely and acceptable by the electorates.

“So in like manner, I want to assure you that APGA will present the most credible candidate well known and acceptable by the electorates during the governorship election in November. Any attempt by any member of the party to prevent us from presenting a candidate who is good enough to win election for us should be vehemently resisted.”

He specifically fingered some members of the State House of Assembly and Federal House of Representatives in APGA who are eyeing the governorship ticket of the Party ahead of the 2021 poll, notifying them that APGA has for long, groomed an Ijele (a big masquerade) for the 2021 polls and any move capable to jeopardizing the chances of presenting the Ijele to the electorates won’t be tolerated.

The BoT member advised the APGA Federal and State Lawmakers in House of Representatives and State House of Assembly to avoid being greedy and over ambitious, telling them to shelve their governorship ambition and concentrate on making APGA more popular by attracting dividend of democracy to their constituents though qaulity representation.

He maintained “we cannot fold our hands and watch the chances of our great Party towards winning election dragged into jeopardy. We have an Ijele who is good to go, so these Lawmakers at Awka and Abuja who were privileged to serve the Party in the category they find themselves should concentrate on that point to give the party quality representation and not complicate things for us with greediness”

A Chieftain of the All Progressive Congress (APC) in Idemmili South Local Government Area of Anambra State has formaly dumped APC and declared support for APGA.

Chief Orlando Ibeakuzie (Okwu Nara Oba) is a key player in the politics of Idemmili South, a renowned legal luminary. He declared his support for APGA today and pledged to ensure that the party emerges victorious come November 6th gubernatorial election in his own capacity.