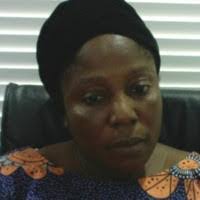 By Alawode Omotunde (Woman in His Vineyard)

We are in the era where ministers of God do whatever they like with impunity. And of course, we do reference them as if they were ‘god’ for we fear them and we have the notion that they are representatives of God the Almighty.

We the congregation do their biddings without questioning or checking if such biddings tally with the tenets of God. We see their anomalies but somehow, we overlook them because to us, they are our ‘god’ which we see and we feel that is a privilege to see them. What a pity.

But today, it comes to my mind to ask this our so-called ministers of God whom we reference almost more than God if they are anointed or appointed?

Before I go ahead to ask my above question, I want to make some clarifications.

According to the English language dictionary, anointing means smearing of oil on a person to mark a religious belief. It also means being sanctified by the Holy Spirit to live in the ways of Holy Spirit (having in mind that Holy Spirit is the 3rd person that makes up the Holy Trinity (God the Father, God the Son and God the Holy Spirit).

With this dictionary meaning, it is clear that anybody that has been sanctified by Holy Spirit must live a holy life; must be pure in heart; must represent God for he or she is the carrier of the Holy Spirit which is God in the form of the Holy Spirit. Therefore, an anointed person is equipped with the necessary tools (Holy Spirit) to fulfill the mission.

The above explanation as buttressed by the book of II Corinthians 1: 21-22, says, “Now it is God who makes both us and you stand firm in Christ. He anointed us, set his seal of ownership on us, and put his Spirit in our hearts as a deposit, guaranteeing what is to come.”

If truly you are anointed, you will definitely stand firm in Christ, following His footsteps unadulteratedly; teaching people in His ways prudently; with the seal of God on you, you will fear Him and never use His name to defraud those that follow you in God’s name. If truly you are anointed of God Almighty, you will fear your owner and respect the Holy Spirit He implanted in you, knowing that your purpose in life is to worship Him in truth and in spirit.

Also the book of Acts of Apostles 13: 22b writes as follows:  I have found David, son of Jesse, a man after my heart, he will do everything I want him to do.’

Because David was anointed, he would always do what God wanted him to do. He never deviated from God instructions. Therefore, whoever is anointed of God MUST do His bidding irrespective of being convenient or not; he or she must not  seek to glorify him or herself but give honour to whom it’s due to, that is, God Almighty.

While appointed, according to its dictionary meaning is to be giving a task or job or assigned a task. Though anointed and appointed seam to have similarity in meaning, both do have great disparity. The similarity is the fact that both an anointed person and an appointed person are given a task, an assignment, or a job to do. The difference however is the fact that an anointed person is blessed with the wherewithal to do the assignment, job, or task giving to him by God because the task is handed over to him or her by God. And so, the King of kings impacted Himself into such a person in the form of Holy Spirit, which expectedly should be the anchorman of such a person.

If your claim is that you are an anointed and your ways contrary to the ways of God; you never allow the Holy Spirit to lead nor direct you in your daily activities; you always crave for worldly things which God goes against when He says in II Corinthians 6:12, “I have the right to do anything,” you say—but not everything is beneficial. “I have the right to do anything”—but I will not be mastered by anything. And further said in 2 Corinthians 6: 17 admonishes that we should come from among them (those that do filthy things), and be ye separated (from those that do not honour nor follow God’s biddings), and touch not the unclean things. He then followed these commandments with great news of Him (God) receiving us.

After you might have seen the category you all into, that is, you are either an APPOINTED or ANOINTED based on your assessment from the above scripting or after you appraise yourself critically, for its better now than when the Incorruptible Judge will appraise you, and there wouldn’t be time to reconcile yourself with Him, and see that you fall short of your claim to be an anointed fellow.

It’s never too late to retrace yourself, my brothers and sisters. This article excludes no one, except those who are on the right path with God.

Where will you be when the trumpet sounds? FOOD FOR THOUGHT!!!

MINISTERS OF GOD: WHAT ARE YOU? TRUE VESSELS OR BORROWED VESSELS?

QUALITIES NEEDED TO ENTER THE KINGDOM OF GOD (2).

HEINOUS CRIMES AGAINST HUMANITY: LT. GEN. BURATAI, OTHERS TO APPEAR BEFORE FOREIGN MISSIONS.