Love and business and family and religion and art and patriotism are nothing but shadows of words when a man is starving.

Rats, lizards, cockroaches etc might also be on the national menu in 2021. We have already added another trophy to our collection this year. Nigeria has been rated the third worst country in the world in which to live. We might become the world’s largest consumers of house rats – as things are going.

O.k; you think this is a joke. But, before I provide the evidence, kindly remember how many predictions made on these pages are coming true right now. Almajiris are no longer begging; States are finding they can’t pay Minimum Wage; virtually everyone who voted for Buhari, contrary to my advice in 2018 is now regretting it; Next Level has turned to pure anarchy –  to mention a few. This one is the Mother of all prophecies. Believe it or not at your peril. The greatest challenge facing Nigerians this year is what to eat.

“There is no starvation in Nigeria.” Minister of Agriculture.

The current Minister of Agriculture resumed office in 2019 and immediately revealed himself by making a claim which could be easily refuted. All he had to do was to walk into any of the Internally Displaced Peoples’ camps in Nigeria and count thousands massed there and starving. But, by then many of Buhari’s appointees have already demonstrated that nobody should believe what they say. I just hope the Minister is not still living in his own peculiar paradise with regard to food provision for Nigerians.

Nothing proves pervasive scarcity of anything better than price movements. My personal experience buying yams for the family is not unique; it merely tells an ongoing story briefly. It also portends a great tragedy unfolding. In February, I stopped a yam seller and bought two tubers, after intense bargaining, for N1600. In mid-April, the same yam seller was pushing his truck and I asked for two yams. All the bargaining in the world got me nowhere. We settled for N2600. May 5, it was the same fellow and the price had gone to N3000 – “because you Oga you be good customer.” I was not surprised. Food price inflation now drags the average up relentlessly; and the end is not in sight. Why?

FARMING CAN COST YOU EVERYTHING – LIFE INCLUDED.

“I cry every time I buy plantain.” Wife of a medium scale plantain farmer.

He and millions who, hitherto had built their lives around farming, now have lots of reasons to shed tears. A household, which for over 25 years had never lacked for plantain, because they grow it, now must buy it. Their misfortune, now becoming widespread in farming communities, constitutes the background for what is now becoming an imminent national catastrophe. Farming has become so risky, none but the bravest will now continue with it. It can now cost the farmer lives – those of his workers and his.

In the past, it invariably required the death of the farmer for a farm to go fallow. Now, millions of farmers are walking away from their farms – to save lives. Femi Adesina, the Presidential spokesman, in July 2018, made the following announcement – the repercussions of which neither the Federal Government, nor the Fellow Nigerians addressed fully understood. Femi himself certainly did not think it through. Here is what he said.

“Ancestral attachment? You can only have ancestral attachment when you are alive. If you are dead , how does the attachment matter? The National Economic Council that recommended ranching didn’t just legislate it; there were recommendations. So if your state does not have land for ranching, it is understandable. Not every state will have land for ranches. But, where you have land and you can do something, please do for peace. What will the land be used for if those who own it are dead at the end of the day?”

The FG, comprising of myopic people, when issuing that ultimatum never thought of all the possible outcomes; other than the two options. By deliberate neglect of the increasing menace of herdsmen nationally, they have allowed Fulani herdsmen to capture a lot of land called “forests”.  Farmers have been driven off their land; some killed; others abducted; the rest scared to go farming.

But, just before Femi and co start self-congratulations, let me deliver the bad news to them as bluntly as possible. The victory is temporary.

The situation now in farmland is as stark as this. Irrespective of whether it is a small scale or mechanised large scale farm, everyone is now faced with the absence of protection against herdsmen, bandits and kidnappers. To some extent, they are all the same. Read Femi’s statement again. He obviously supports the forceful take over of private farms for grazing. What he and others in the National Economic Council failed to realise is the fact that a group of individuals allowed to bear arms illegally for grazing would not limit the use of the weapons to that purpose. Attacks on Nimbo and Agatu were not carried out by those wanting to feed cattle. They were inspired by land-grabbers. They also went into kidnapping, raping and large scale arson. They unleashed terror in farmland; with which farmers are now dealing in various ways. But, the most pertinent for today is the wholesale abandonment of farms because it has become too risky; and the consequences for Nigerians.

Your land or your life appeared as the only options open to the people whose land were going to be seized by herdsmen with government approval. But, appetite grows with eating. Once herders started invading lands, they started to diversify to other crimes. They also inspired other criminals; and some abandoned their original trade to go into banditry.

Farmers, large or small have been the major victims of their atrocities. We continued working when the risk got higher in the belief that the situation would improve. Now, it is clear that the Buhari administration has no solution to farmers’ problems. Let me explain them.

Whether working on your own, in your farm, or employing people, it is impossible to predict kidnap or murder. The farm inevitably is crippled when any of it happens. A dead farmer has to be buried; and invariably the farm is left unattended. Those of us employing workers can get hit in several ways. A worker or two might be abducted; and the farm owner must pay the ransom. Even after paying, you might receive a corpse in return. Worse still, the owner himself might be kidnapped. The result is the same – he might be released or murdered after ransom payment. Worst of all, there is no guarantee of not being visited again. The workers, who regain their freedom, never return to work again. Others might walk away as well. In short, one hit is all it takes to destroy what it has taken years to build.

This year, many farmers are calculating the risks; factoring in the possible costs of herdsmen invasion, bandits and kidnappers; and they have decided to take a break for this year. It is difficult to determine how many million farmers will walk away this year. But, if the reports I am receiving is reliable, then close to 20 per cent or more of farmers will be on holiday this year. Buhari administration will have another trophy for Aso Rock – the number of famished Nigerians feeding on grass.

This year calls keep coming in from friends and associates since my farming days in the North. Six of the most important farm states –  Niger, Kaduna, Katsina, Zamfara, Plateau and Benue – are now under siege of the hoodlums. Shutting down even one of those states would have resulted in serious famine. Paralysing all six, as well as hampering farmers in the rest, will this year have the unintended repercussion of starving millions of Nigerians to death. Even relatives of the criminals will share in the pain. So will those who failed to nip the herdsmen menace in the bud before it became a giant oak tree of problems.

We still won’t give up the farm. We will live to see those who encouraged herdsmen squirm as hungry Nigerians make their feelings known to Abuja. I am waiting to read the excuses and the lies as the grim scenario unfolds.

NEARER AND NEARER DRAWS THE TIME

“And now, the end is near

And so I face the final curtain..

I took all the blows

And did it my way

Miraculously, I clocked 77 on Saturday, May 8, 2021. I never expected to make it to 60. In Obong Victor Attah’s family, I would not even be the third oldest ever. But, here I am in the Sobowale family, everyday I live is a new record for somebody to break in the future. I spent a week meditating on the next step.

My first article appeared in VANGUARD in 1986/7, the year Lever Brothers, now Unilever, launched ROYCO seasoning cubes to challenge Nestle’s MAGGI. In their pre-launch promotions, LBN claimed that the new brand would within five years have 25 per cent of the market share in Nigeria. I disagreed. My first article on Monday under MARKETFACT by Dele Sobowale was titled MAGGI IN ROYCO SOUP. I told readers that ROYCO would not get up to 10 per cent in ten years. MAGGI would not allow it. It almost brought down the roof on my career as a columnist. LBN, one of the paper’s leading advertisers, not only wrote rejoinder calling me all sorts of names; they asked VANGUARD to get me to withdraw the article and apologise. Thank God, Uncle Sam intervened; read the article and saw it as fair comment. That was the Genesis of almost 34 years of writing for VANGUARD – more than 3000 articles altogether.

Touching the “untouchables” had been the brand image. Babangida, Shonekan, Abacha, Abubakar, Obasanjo, Yar’Adua, Jonathan and now Buhari were my favourite games. Presidents are always larger than life; and they control so much of our lives; that in my opinion, no writer can leave them and go about tackling Local Government Chairmen. And, I paid the price in detentions under IBB (3) and Abacha (4). But, I always returned to my beat after release and continued where I was “rudely interrupted”.

Fear was the last thing I felt because too often, these guys were literally killing us. Not once did I ask for appointment or contract or assistance from a serving officer – President, Minister, Commissioner etc in all those years. The Ministers I met could not have been more than ten. It was my policy to keep my distance – even if I lose money by so doing. Incidentally, the altercation between the Presidency and Rev Mbaka cannot possibly occur with me. I never ask government officials for personal favours. Despite that, some have given me gifts of their own volition; and on my own condition. Nobody buys favourable comments on my page. You earn them.

Now, I am at cross roads. It is always better to leave when there is still some ovation…. 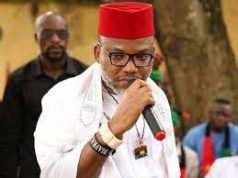 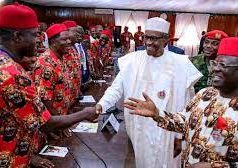 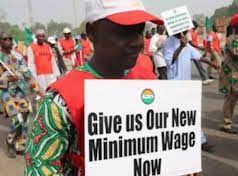