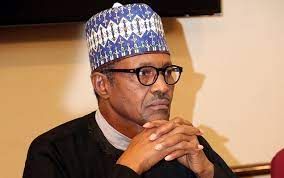 Barely a month after the Senate approved the sum of $1.5bn and €995 million external borrowings for the Federal Government, the President, Muhammadu Buhari has asked the Senate to approve another N2.3 trillion ($6.18bn) external loan. In a letter addressed to the Senate President, Sen. Ahmad Lawan, and read at plenary on Tuesday, Buhari said the proposed loan which is equivalent to N2.3 trillion, is to finance the 2021 budget deficit of N5.6 trillion.

According to him, the loan would enable the Federal Government to fund critical infrastructural projects in transportation, health, and education among others. The loans were part of the $5.5 billion and €995 million external borrowings Buhari had, in May 2020, asked the Red Chamber to approve to finance various priority projects of the federal government and to support the state governments facing fiscal challenges.

The Senate in March 2020 raised an alarm that Nigeria’s total debt profile would stand at N33 trillion if the President got approval for the $22.7 billion foreign loan request. According to Deputy Chairman of Senate Committee on Local and Foreign Debts, Senator Muhammd Bima Enagi, the realities on ground including the required infrastructure and the debt accumulated between 2006 till date did not show any correlation. About 68% of the N26 trillion owed as at September 2019 were domestic while foreign debts accounted for the rest.

”With the recent approval of the 2016-2018 External Borrowing Plan, the total debt stock would be about N33 trillion and 21% Debt/GDP ratio. What do we have to show as a people for those huge debts accumulated over the last decades or so,”? he queried.