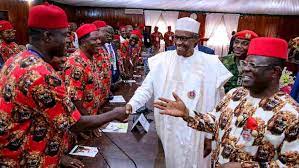 Sometimes one wishes to just keep quiet because it seems one is not cutting through because people have already fixed their mindset and wrongfully at that. But if we don’t set things right, we shall continue on the wrong trajectory to the detriment of all of us and more importantly to the detriment of our future generations.

In response to a list of some key projects and programs of the Buhari Administration in the South East that I shared on a WhatsApp platform at some people’s request, a brother reeled out some ‘projects’ he believed Buhari should rather have done if he wants to “prove” that he is not “biased against ndi Igbo”.
I asked him: If he proves anything, who will accept, acknowledge or appreciate? To achieve what? Our loving him? Or what?
What motivation does he have to prove anything to us? Is he running for another election? Even if he is, have we not proven to him and the world that he does not need our votes to win election? Going by what happened in 2015 and 2019.

It is either we are deliberately amnesic or our arrogance has so beclouded our sense of rational thought because I do not believe we are ignorant or naive. We are a smart people but when it comes to politics, sad to say with all due respects, we still have a thing or two to learn except we are just pretending not to understand.

After the 2015 election, I didn’t want to say Ndi Igbo made a mistake politically. I believed we exercised our right to political choice by sticking wholesale with the PDP. But after 2019, I began to believe that something could really be wrong with our politics and political orientation.

The major thing that fueled that my conviction was seeing how after our almost total rejection of Buhari and APC from Day -0, that is from even before the party APC was birthed, we suddenly and at the same time became the most vocal about not being given a table at the sharing of spoils of political war when the party won. I never expected us to behave like a conquered or defeated people, NO.

I only expected us to behave like the smart and reasonable people we have been known to be. Instead we doubled down and like the abused partner who would rather stay with her abusive partner than try someone else, we stuck with the PDP that had married us for 16 years prior and we couldn’t present any fruit worthy of the name for that union.

I read the list of things reeled out by that brother of what Buhari should do to prove his unbias towards Ndi Igbo just like I have read for the last 6 years how Buhari hates Ndi Igbo and I asked: Which Buhari exactly? The same Buhari that we never even accepted his and his Party’s palmwine and kolanut when they came to seek our hands in marriage in 2014/15; which is against our culture and tradition by the way. In Igbo culture, ‘mmanya gahie uzo, oñuñu’, ya gazie uzo oñuñu’. You receive the visitor with his palmwine and kola nut, break the kola nut and drink the palmwine pouring libation to the gods, thereafter he presents the reason for his visit, then you can accept or reject.

But in that instance case, we literally chased them away with their kolanut and palmwine. Yet after the “jajaweed”, “Islamic”, “Boko Haram” party had won the general election in 2015 against all our permutations (defective or not), we doubled down. We doubled down and created this myth and narrative of hate around Buhari and APC just to justify the narrative created by the PDP after it deservedly lost elections. We didn’t stop at Buhari and APC, we demonized our own brethren who’s only sin was exercising their democratic and constitutionally guaranteed right of freedom of association by joining the APC and supporting their party of choice and that has continued to date.

We manufactured a poison of hate, packaged it, approved it, sold it to ourselves and have consistently drank it since 2015 somehow believing it was Buhari that patented it; not just us but forcing every other Igbo man, woman and youth to drink same, somehow expecting it to kill Buhari and others including our brethren whose only sin is being visionary and objective enough to spot that APC was going to be a national party and with the political outlook in 2014/15 could as well go all the way and it did.

People were asking on the platform what Projects Buhari has done in the South East, someone even asked where is the 2nd Niger Bridge and I felt duty bound (even as I knew it was a waste of time) to produce the much I knew because I know they exist. Characteristically when I did, those that asked the question kept mum.

Those who weighed in, true to character sought to play down on them and take the rigmarole route. But the fact remains that as little and as inconsequential as many of us might see it or deny it, Buhari for all his failings has done more for the South East in the area of infrastructure than in the 16 years put together of the PDP that we loved unconditionally did. Anyone is free to disprove this claim but be sure to do so with credible and verifiable facts and figures. Not abuse or rigmarole.

Does this mean that Buhari loves us? Hell NO.
Does he have to even love us? Hell NO.
This is politics, not a love affair. Where did our love affair with the PDP leave us after 22 years from 1999 to 2021? And we are just part of a larger nation with 6 geopolitical zones and over 200 tribes and ethinic nationalities, all with their own peculiar and unique needs, complaints and disappointments, even if we are one of the 3 major tribes.

In my view, I will say he has been more than fair. Anyone can choose to misunderstand me but every argument must be situated in its practical and true context. We played the most queer and never heard of politics at least in the history of politics in Nigeria between 2015 and 2019 and continue to do so yet somehow we are the loudest in complaining? Lord have mercy.

I mean it was so bad that after the 2015 elections the South East had NO SINGLE Senator elected on the platform of the APC; a Party that won the Presidency of Nigeria and many states to boot? And we still expected to be seated at the table where positions in the same political dispensation was to be shared? How? Even if it is a religious affair, have we seen where a Redeemed Church member was invited to the Catholic Church to receive not to talk of share Communion? May God punish me if I refuse to say the truth I so clearly know.

Someone will quickly say in 2019, what happened? And I will ask them back, what happened? Did the demonization of APC and Buhari stop or even abate? How many representatives did we send on the platform of the APC in 2019 to make that significant paradigm shift? Overall did the acceptability of APC or hostility against it and its members in the South East shift in any way as to move the political needle in any significant way? Did those our brethren who jumped from PDP into APC after demonizing the APC and deceiving our people in 2015 go back to tell our people that they lied to them? What changed?

On our part as every day Igbos what did we do? We either kept quiet or lined behind Nnamdi Kanu and IPOB. Our elected leaders and elders kept mum and comfortably hid behind their fingers blaming Buhari and Fulani even for their own incompetence, bad governance and lack of accountability. Has Buhari or ‘Fulani oligarchy’ as we love to blame withheld a dime due to the South East since 2015, for all the ‘hatred’ he has for us? He even bailed them and us out in 2015 when he came on board and the Governors couldn’t pay salaries. Where are all the monies? Instead of holding them accountable, we double down on an imaginary hatred by Buhari and they join also us in that. As if as Buhari hates us, we love him in return as the Christians we claim to be?

What message was Nnamdi Kanu and IPOB preaching that we all embraced either by our silence or active endorsement that we are the loudest to shout no Igbo man was appointed as Service Chief? Really? When by our words and actions, we make it clear that someone is our enemy, you expect that one to be so naive as to give us key positions in his security architecture? Who does that but an unwise fellow. Except us who are fully convinced that Fulani hate us and want to take over our land, yet they are our first choice for maiguards. Ndi Igbo “what’s going on”?.

Call me whatever you want as usual but God knows I am saying the truth; not to impress Buhari or anyone but to free my own conscience for I know that one day, judgment will come both here and in the hereafter.

Buhari is doing a lot in the area of infrastructure in the South East as well as in other parts of the country. By all means ask for more but do so in a sincere and dignified manner. Not with lies and blackmail; for a man that you never supported, never gave a benefit of doubt from day one and who you say hates you as much as you hate him and even more.

Imagine that the list of projects the brother reeled out was put on table as part of conditions for our supporting Buhari and APC when they came to us in 2014/15 and we actually gave that support, wouldn’t we be in a better moral and political position to make and expect such demands?

Buhari on his own saw projects abandoned in the South East, some for decades and some used to deceive us and he has either completed them or seriously on them. Some he is doing as part of his constitutional duty or as part of his idea of “5%”. Yes. It is his duty and he is not doing us a favour. Government is a continuum. I agree. I only wish others before him did their own duty like he is doing. Wouldn’t it all aggregate to put us in a better place today and make our cry of marginalisation less?

Someone should tell me one promise Buhari made to Ndi Igbo including the promise to 87%/5% that he has not kept and I will apologize for this inconvenient truth I have told us. Otherwise no one should recruit me into a hate movement that I have no hand in or that was never discussed and agreed on by Ndi Igbo.

Ndi Igbo Ibem, please it is not too late to make amends and to change course. We only need to start and we start by acknowledging that we may have been on the wrong path. It takes courage and honor to acknowledge such and we are not incapable of that. If we do so sincerely and pragmatically, I strongly believe even the insecurity challenges we face today could be better managed and handled. It is all connected. 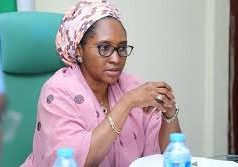 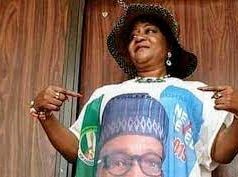