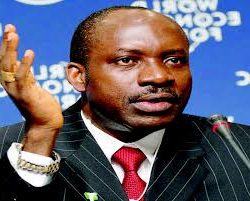 ….AS SHE RECEIVES THE MEDIA TEAM

Mrs Ekwueme gave this promise when some members of Cee Cee Soludo Media team paid her a courtesy call in her home in Okoh, Orumba North LGA of Anambra State.

The team was led by Joe Anatune, Onwa n’Awa, who is the APGA Flag bearer’s Chief Media Strategist for the Anambra gubernatorial election.

The team used the opportunity to present some campaign materials to her, including some quantities of Cee Cee Soludo campaign posters.

Mrs Ekwueme, who has not hidden her love and full support for the former CBN governor’s gubernatorial ambition, heartily received the team on September 13, 2021. She promised to assist in her best possible ways to see that the APGA flag bearer wins the heart and votes of the members of her constituency, especially the grassroot.

Reporting on the outcome of the meeting, Chief Joe Anatune said that it was very fruitful.
“We really tapped from the rich experience of the wife of the late political sage. Her advice and encouragements are heartwarming as she availed us a number of strategic moves necessary to deliver overwhelming victory for Soludo”.

I AM THE FIRST PRESIDENT OF THE BANK TO BE RE-ELECTED BY 100% VOTES...

BOKO HARAM PRAY IN AN OPEN PLACE DURING SALLAH.